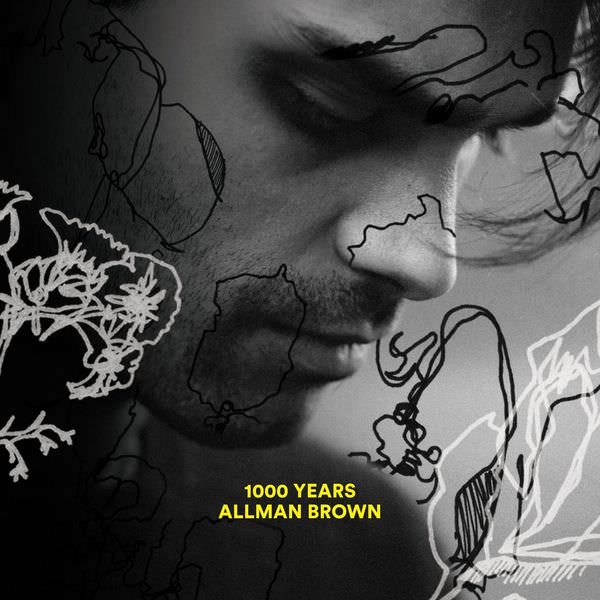 It can often be difficult to fairly review an album when you have heard a large number of the tracks prior to the release, but with Allman Brown’s debut 1000 Years I found that it was a welcome challenge to listen with new ears to discover a collection of music that already included some of my favorite songs. Having been on the scene since 2013-or-so, Allman has already done a solid job of establishing his place among the likes of James Vincent McMorrow, John Smith, and well known contributors to the Irish and English Modern Folk Scene, if there is such a thing, and in releasing a record that he himself has acknowledged is a culmination of his work so far, he’s done an incredible job of cementing that place among existing favorites while drawing attention to his unique, individual sound.

The record begins smooth and steady, with the peaceful “Ancient Light” serving as a sort of sunrise beginning for the album. This is one of several tracks we’ve already heard long before release day, but it takes on new life as an opening chapter to the story that is the rest of 1000 Years: a winding, track-by-track reminder of the different love stories that take on many forms over the course of time.

“Fires” is a unique track for me for several reasons; it is our first introduction to the edgy, raw sound that graces several other songs on the album, it features an upbeat sound that Allman seems to master just as well as the relaxing guitar work of other tracks, but also it carries the sort of tone that makes listening an almost religious experience, something we see on later tracks and caught a glimpse of on the opening track as well. “Foolish Love” follows as another familiar favorite and continues the love-story-over-time theme before bringing us to “Palms,” one of two duets with Liz Lawrence that shines for lyrics that are pure poetry set to music that is ripe for remixing in addition to standing well on its own.

Though I have spoken at great length about how much I love “Sons and Daughters,” I was pleasantly surprised that it found a comfortable home in the middle of the album, leading into the very Damien Rice-esque “Shape Of You,” another haunting track (this time featuring Lowell) that begins low and slow and builds to crescendo as so many of Allman’s tracks do. This is somewhere he absolutely shines on this album: each track knows when to be quiet, when to get loud, when to be slow and when to pick up the tempo, and “Shape Of You” demonstrates this incredible well. “Rivers,” featuring Robin Sherwell, begins to lead us into the back half of the album, and if the first half was reminiscent of artists like Hozier, the last few tracks begin to feel very James Bay (though distinctively Allman Brown, all the same) as we brush through familiar, comfortable tracks like “Sweetest Thing” into the new and upbeat “Don’t Let Me Go.” The penultimate “Last Dance” prepares us for an especially strong finish; if “Don’t Let Me Go” is the under-the-oak-tree trippingly sweet love song, “Last Dance” drags us right on stage to the middle of the action with beautiful uptempo electric guitar notes that almost assuredly will form a suitable pre-encore closing track on the road with a full band (if we should be so lucky.)