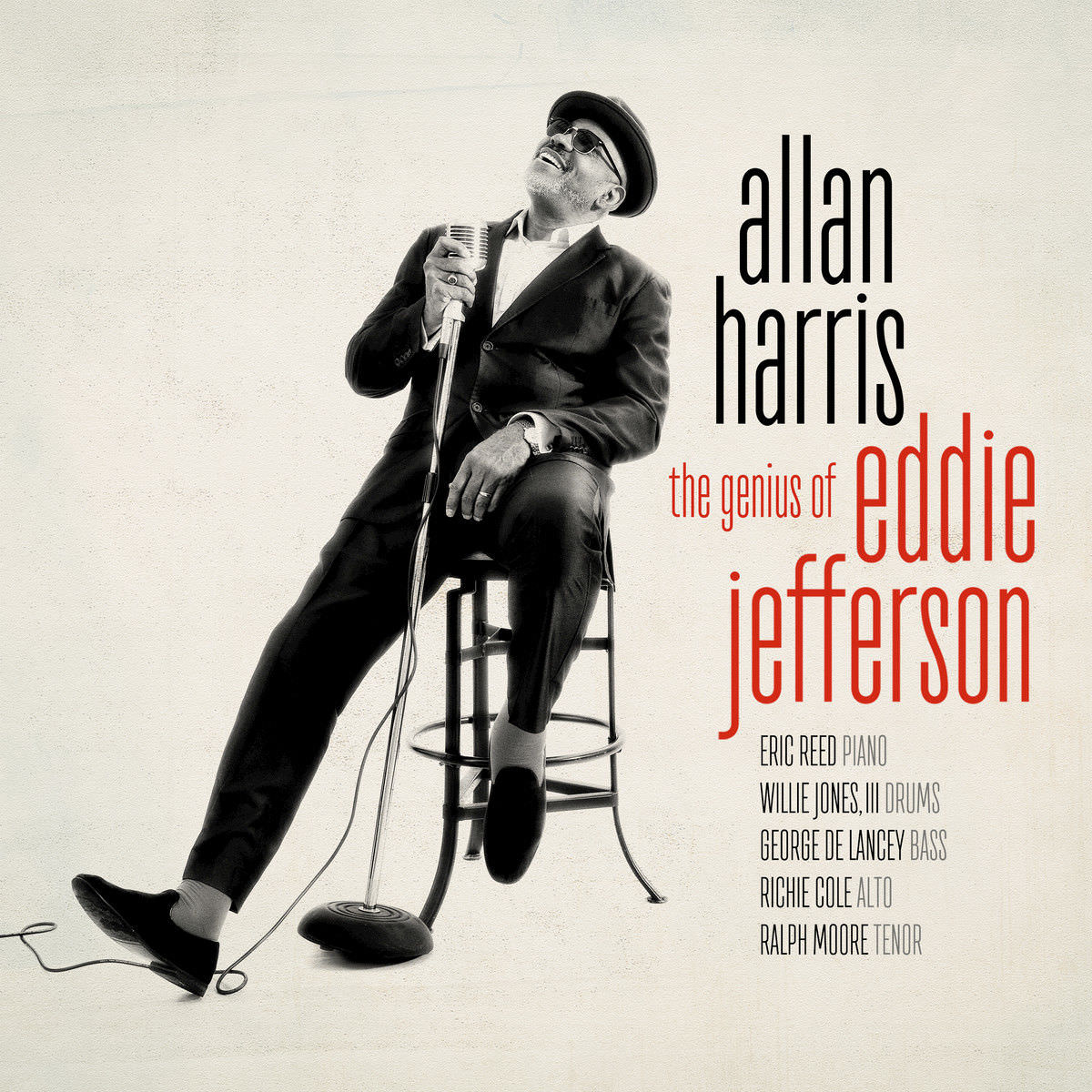 Allan Harris is the outstanding and internationally renowned vocalist, guitarist and composer. With his gruff, gravelly voice, his penchant for hep cat diction, and the serpentine bebop turns of his vocalese creations, the late Eddie Jefferson might not seem the ideal match for a classic romantic crooner like Allan Harris. The Brooklyn-born singer has previously paid homage to the songs of Billy Strayhorn and Nat King Cole, repertoire that seems like a more ideal fit. “The Genius of Eddie Jefferson” is an ideal blend of Harris’ rich, beguiling baritone and Jefferson’s bantering cool. The album follows Harris into adventurous new territory, at once embracing the challenge and making these bop classics as embracing and celebratory as his takes on jazz standards and swooning ballads. The album features alto saxophonist and long-time Eddie Jefferson partner, Richie Cole.

Over the past 20 years, Harris has steadily developed his reputation as one of the finest vocalists of his era. Brooklyn-born and Harlem-based, he has forged his sterling credentials through his ten previous albums, covering a broad range of contexts, all netted together within the rich territory of the jazz tradition. In addition to his recordings, he has performed on a worldwide stage that has taken him to prestigious international festivals and halls in Europe, the Middle East, and Asia, as well as the 2012 Olympics in London. At home, he has toured nationally at festivals and top venues, including New York’s Lincoln Center and D.C.’s Kennedy Center. He has received numerous awards, including the New York Nightlife Award for “Outstanding Jazz Vocalist” (which he won three times), the Backstage Bistro Award for “Ongoing Achievement in Jazz,” the Harlem Speaks “Jazz Museum of Harlem Award,” and the DownBeat Critic’s Poll Award for “Rising Star Vocalist.” Nobody’s Gonna Love You Better (Black Bar Jukebox Redux) will continue to build his legacy as another milestone in the extraordinary artistic aesthetic of Allan Harris.

Vocalese, the art of applying original lyrics to the contours of previously recorded jazz improvisations, was perfected by the vocalist Eddie Jefferson, an irrepressible performer who was killed at age sixty, in 1979. Harris pays tribute to this pioneering singer, bringing his own lustre to such touchstones as “Moody’s Mood for Love,” a Jefferson concoction that’s been interpreted by everyone from Aretha Franklin to Amy Winehouse.