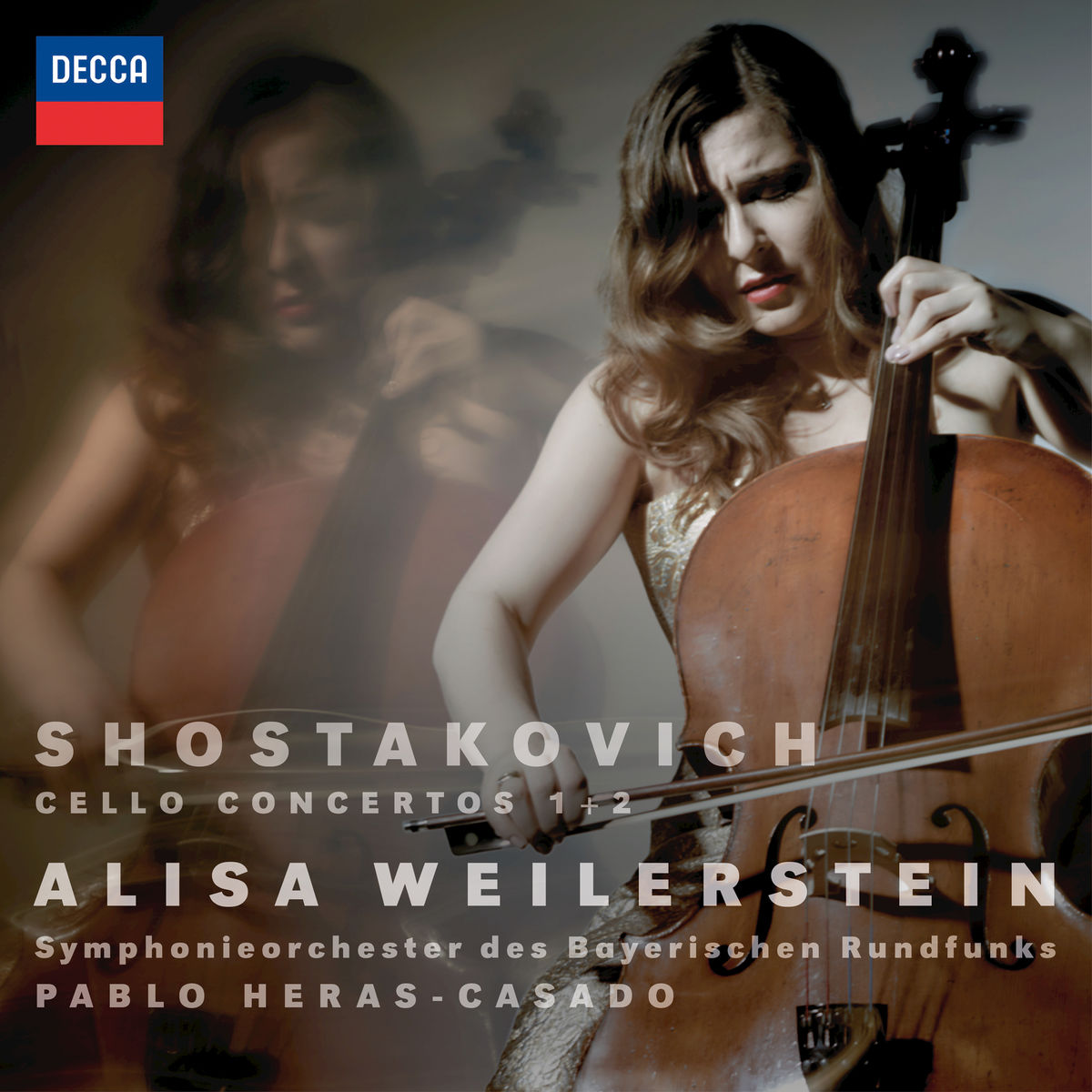 It was in Shostakovichs First Cello Concerto that cellist Alisa Weilerstein prompted the Los Angeles Times to marvel: Weilersteins cello is her id… She and the cello seem simply to be one and the same. Alisa returns with Shostakovichs cello masterworks Concertos 1 & 2.

Composed for the virtuosic cellist Mstislav Rostropovich, the coupling and contrasting of these two arresting works is irresistible: the anti-heroic, relentless, emotionally suppressed First Concerto set alongside the sarcasm and isolation of the Second.

Weilersteins interpretation is underpinned by her meeting Rostropovich a close friend of the composer when she was 22, playing Shostakovich for him and absorbing his advice and wisdom.

Her outstanding rapport with conductor Pablo Heras-Casado and the Symphonieorchester Bayerischen Rundfunks is evident in this new recording.

„Weilerstein’s technique was so rock-solid and her tone so magisterial.“ (The Daily Telegraph)

“Weilerstein follows outstanding Decca recordings of the Elgar and Dvorak concertos with this pairing, which illustrates her depth and range…Heras-Casado and the Bavarians match the sardonic bite of her playing: this is one of the best accounts ever recorded of a work we don’t hear often enough in concert.” (Sunday Times, UK)

“Pablo Heras-Casado is accompanied by the fabulous Bavarian Radio Symphony Orchestra which is in every respect lean and transparent, phrasing with the soloist in one breath. It has become a purification in the best sense of the word that sheds new light on these two such important musical creations of the 20th century. A little bit of nostalgia and sense of romantic history form the beautiful finishing touch of the recording.”