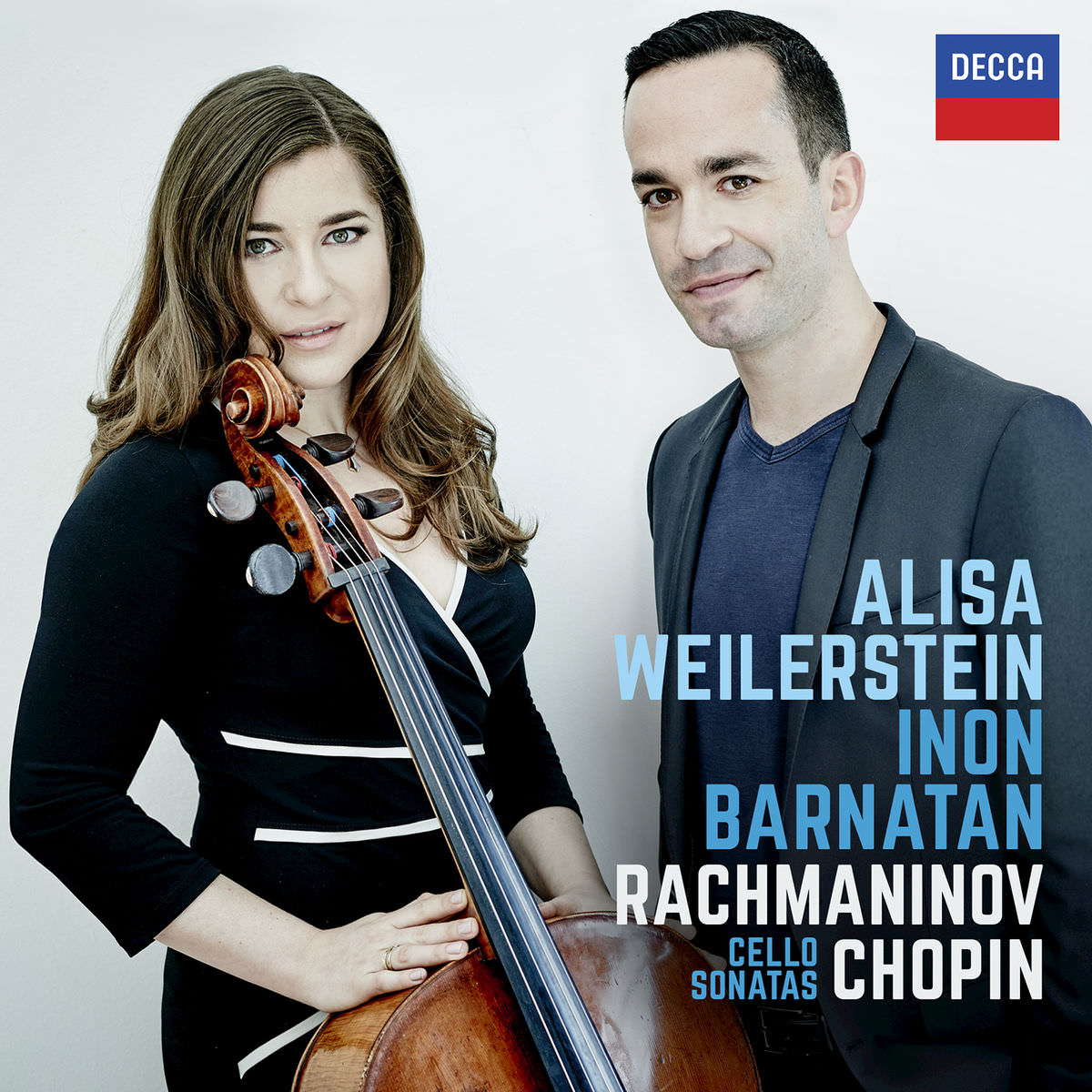 Alisa Weilersteins debut on Decca with the Elgar Cello Concerto (conducted by Daniel Barenboim; his first recording of this outstanding work since his earlier recording with the legendary Jacqueline du Pre) was received rapturously by critics worldwide; and her subsequent recording of the Dvorak cello concerto no less well-received.

Alisa Weilerstein and Inon Barnatan are two of the worlds leading instrumentalists, and this album clearly shows the benefits of a long-lasting chamber music partnership with two exceptional musicians, captured in their prime.

The Rachmaninov Sonata in G minor for Cello and Piano premiered with the composer himself playing the fiendishly tricky piano part is Rachmaninovs last chamber music work. One of the first major pieces to be written after Rachmaninov overcame writers block with a course of hypnotherapy, this is a piece to be discovered and treasured.

Chopins Cello Sonata in G minor is one of the few works Chopin wrote for instruments other than the piano; and the last of his works to be published in his lifetime. Remarkable for its concentration of material, no work of Chopins gave him more trouble; I write a little and cross out a lot, wrote Chopin. Alisa and Inon bring out a wealth of feeling in this emotional rollercoaster of a piece.

By contrast, Chopins Introduction and Polonaise Brillante is one of his first published compositions. Full of bravura and verve, it has an undeniable feel for the spirit of the dance and a distinctive theme. Then Chopins Etude essentially a nocturne brings a dramatic change of character and mood somber, mysterious dreams (Heller); a song of happiness irredeemably lost (Koczalski).

Two instantly recognizable melodies are included here too: Rachmaninovs gorgeous and reflective Vocalise, one of the most transcribed (covered in pop-parlance) pieces ever written; and a light, airy Andante by Chopin, sure to bring a smile as a refreshing musical sorbet.

When Alisa Weilerstein and Inon Barnatan perform together, audiences are enthralled, critics enraptured. This disc sets a new benchmark for recordings of these great works, and this exceptional quality of music-making is certain to set the bar for a long time.

„The pair closed with Chopin s Sonata for Cello and Piano, a work of such fiendish difficulty that even Chopin was convinced that parts of it might be unplayable. Ms. Weilerstein and Mr. Barnatan put that notion to rest with their poise and passion, and they returned amid thunderous applause.“ (The New York Times, NY)

„Their interpretations were like a series of marvelously expressive close-ups: every note and phrase pinned to an exact emotion, every emotion saturating the frame.“ (The Boston Globe)