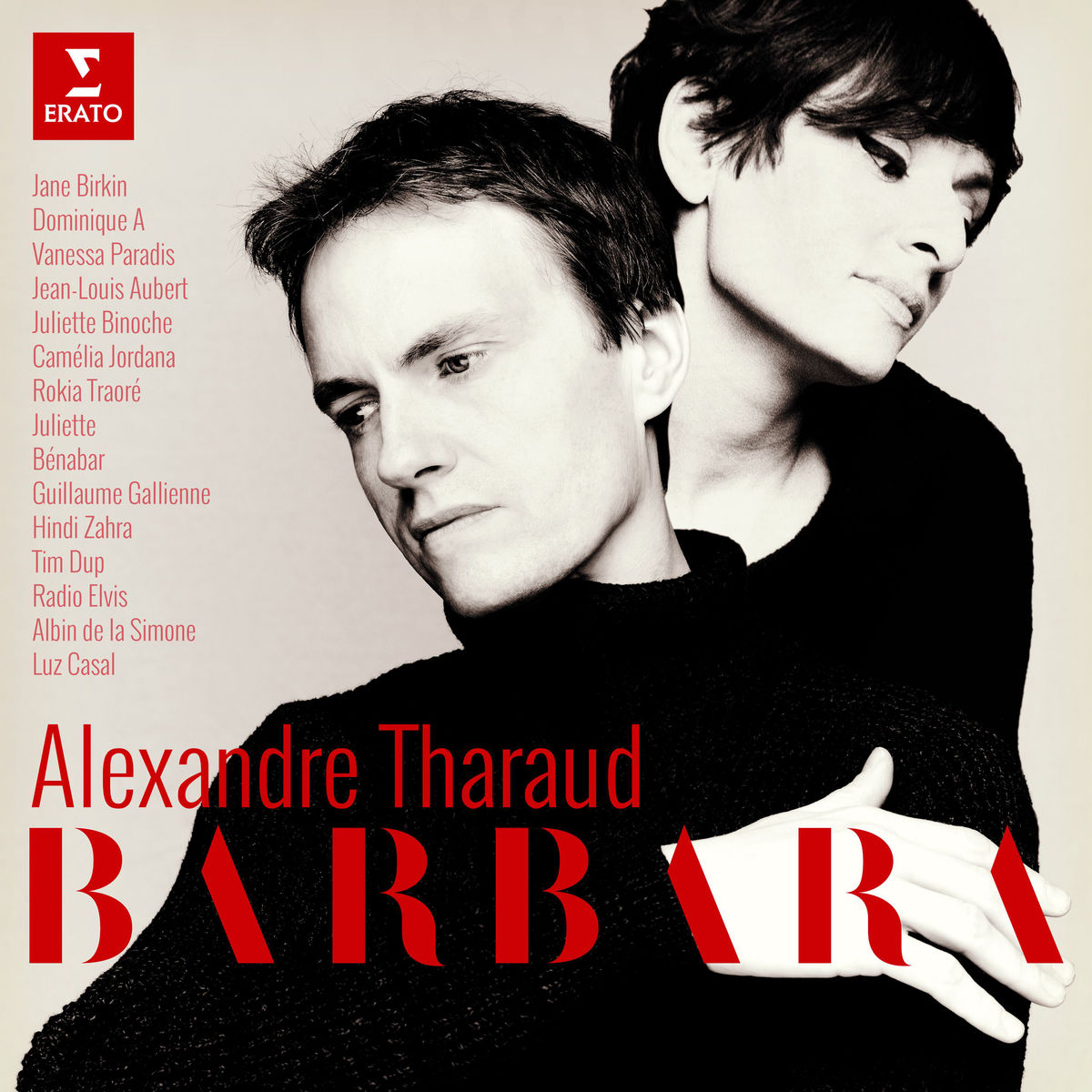 For this double album, pianist Alexandre Tharaud invited a spectacular array of guest performers to join him in paying tribute to the great French singer-songwriter known simply as Barbara.

One of the icons of the poetic chanson française, Barbara shares a place of honour with two other ‘B’s’, Jacques Brel and Georges Brassens. Among her most celebrated songs are ‘Ma plus belle histoire d’amour’, ‘Göttingen’, ‘Dis, quand reviendras-tu?’, ‘Mes hommes’ and ‘Nantes’.

It is 20 years since Barbara died, aged 67, on November 24th 1997. Alexandre Tharaud’s idea for this album dates back to the day of her funeral. He, like many other fans, went to the cemetery in Bagneux on the outskirts of Paris. After the crowds and TV cameras had departed, a group of devotees remained at her grave and joined in an impromptu rendition of her songs. “I realised then that Barbara would live on through our voices,” says Tharaud. “I was young, but the recording studio was already central to my life. That morning, at Bagneux Cemetery, I vowed to make an album dedicated entirely to the music of Barbara. I needed time, and singers … The guests on this album are not those anonymous mourners, but dear friends I have invited to lend their own unique voices to this tribute” .

For Hommage à Barbara, Tharaud has assembled a rich and imaginative line-up of performers from a variety of generations and diverse artistic and cultural backgrounds. While there is inevitably a Gallic bias among them, many of their names are well known around the globe. Among them are: actress-singers Juliette Binoche, Vanessa Paradis and Jane Birkin; rock star Radio Elvis; singer-songwriters Bénabar, Juliette, Dominique A, Tim Dup, Jean-Louis Aubert and Albin de la Simone; singers Camélia Jordana, Rokia Traoré, Hindi Zahra and Luz Casal; actor-director Guillaume Gallienne; Erato violinist Renaud Capuçon, clarinettist Michel Portal and the Modigliani string quartet. Alexandre Tharaud himself plays on nearly all the tracks – not just piano, but also electronic organ and keyboards, celesta and bells.

Barbara was born in Paris in 1930 as Monique Serf, but she adopted her stage name from her grandmother, Varvara Brodsky, who had been born in Odessa. Her family was Jewish, and she was forced into hiding during World War II. Her suffering as a child was compounded by her sexually abusive father who eventually deserted the family when she was in her teens. She had some conservatory training as both a singer and pianist, but soon began to make her living as a performer, and spent a formative period working in Brussels in the early 1950s. She returned to Paris, where she became friends with the Belgian-born Jacques Brel and built a reputation in the clubs of the Latin Quarter, notably L’Écluse on the banks of the Seine. Her career began to take off in the early 1960s when she attracted attention with songs that she had written herself.

Barbara became an important and much-loved figure, sometimes known as ‘La Dame en noir’, a reference to her penchant for elegant black dresses. If her signature number was ‘Ma plus belle histoire d’amour’, her song ‘Göttingen’, named after the city in Saxony, became an anthem of reconciliation for France and Germany; indeed, on the 40th anniversary of the Elysée Treaty in 2003, the then German Chancellor, Gerhard Schröder, quoted the song in his speech at Versailles. She was a favourite of François Mitterrand, France’s President from 1981-1995, developed a creative collaboration with the actor Gérard Depardieu, and in 1986 performed with ballet star Mikhail Baryshnikov in a glittering gala at New York’s Metropolitan Opera. In the course of the 1980s she became active in the fight against AIDS and lent her name to a number of human rights causes. For all her fame and success, she had a difficult private life and suffered from debilitating ill health in her latter years, though she continued to write and record songs, releasing her last album in 1996. © Warner