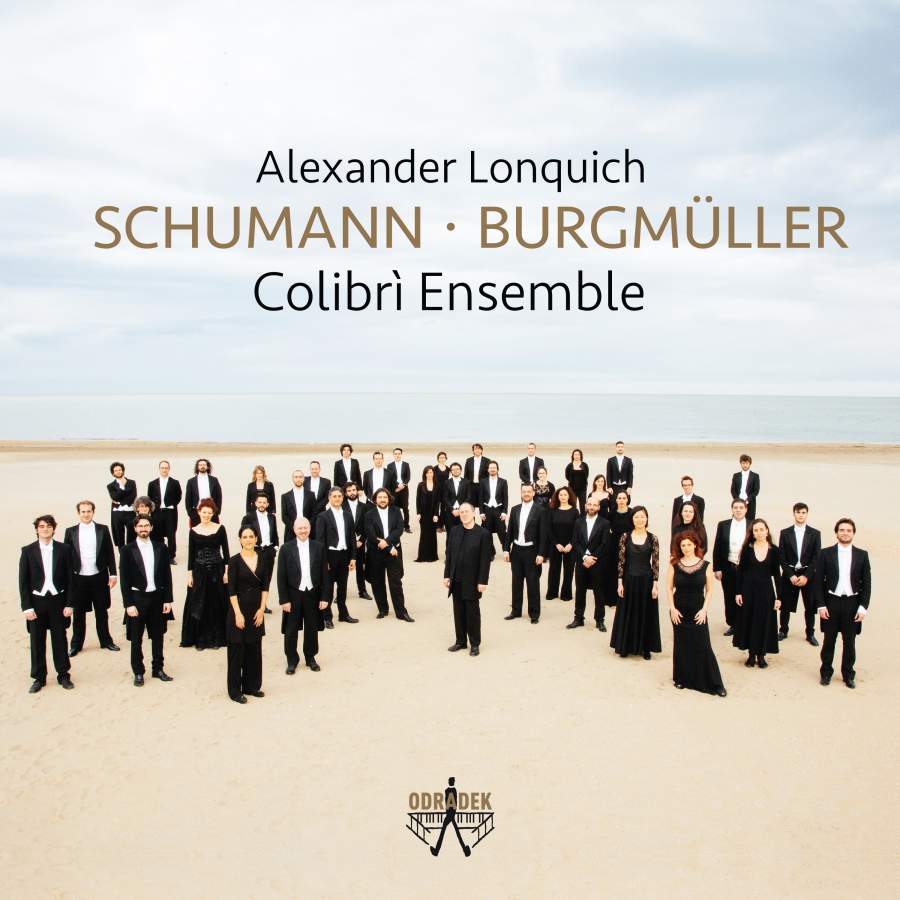 The lives of Robert Schumann and Norbert Burgmüller intersect in fascinating ways. Both were born in 1810, and both spent significant periods of their lives in Düsseldorf, which is how Schumann came to orchestrate the Scherzo of Burgmüller?s Symphony No. 2 in D major, Op. 11.

Acclaimed pianist Alexander Lonquich has long been intrigued by the complex interrelationships between these two composers and their circle of influences. Lonquich brings his unique and scintillating insight to this performance of Schumann’s Piano Concerto in A minor, a work which began life as a Phantasie for the composer’s wife, pianist Clara Schumann, but was later augmented to become an irresistible full-length work.

The conversational principles of the concerto’s first movement are taken even further in the central Intermezzo, in which Schumann creates a sense of intimate dialogue enhanced by the delicate, almost chamber-like treatment of his orchestral forces. We then tumble effortlessly into the finale, which is full of subtle touches that reveal a composer at the peak of his powers: there are no perfunctory finale fireworks, but rather a movement of quirky good humour and perfectly-judged invention.

Burgmüller’s Second Symphony unfolds with charming ease, undulating between genial lyricism and stormier interjections reminiscent of Beethoven’s ‘Pastoral’ Symphony. The work culminates in the Scherzo, a tussle between a refined dance, perhaps representing the civilised aspects of humanity, and sudden torrents of sound reflecting the irrepressible forces of Nature.

Alexander Lonquich is joined on this disc by The Colibrì Ensemble, a chamber orchestra which performs regularly in Pescara, Italy, where it has its own concert season. Founded in 2013 by Andrea Gallo, this vibrant collection of musicians has already forged strong relationships with a host of outstanding artists, including a special connection with Alexander Lonquich, who is now a regular guest each season.