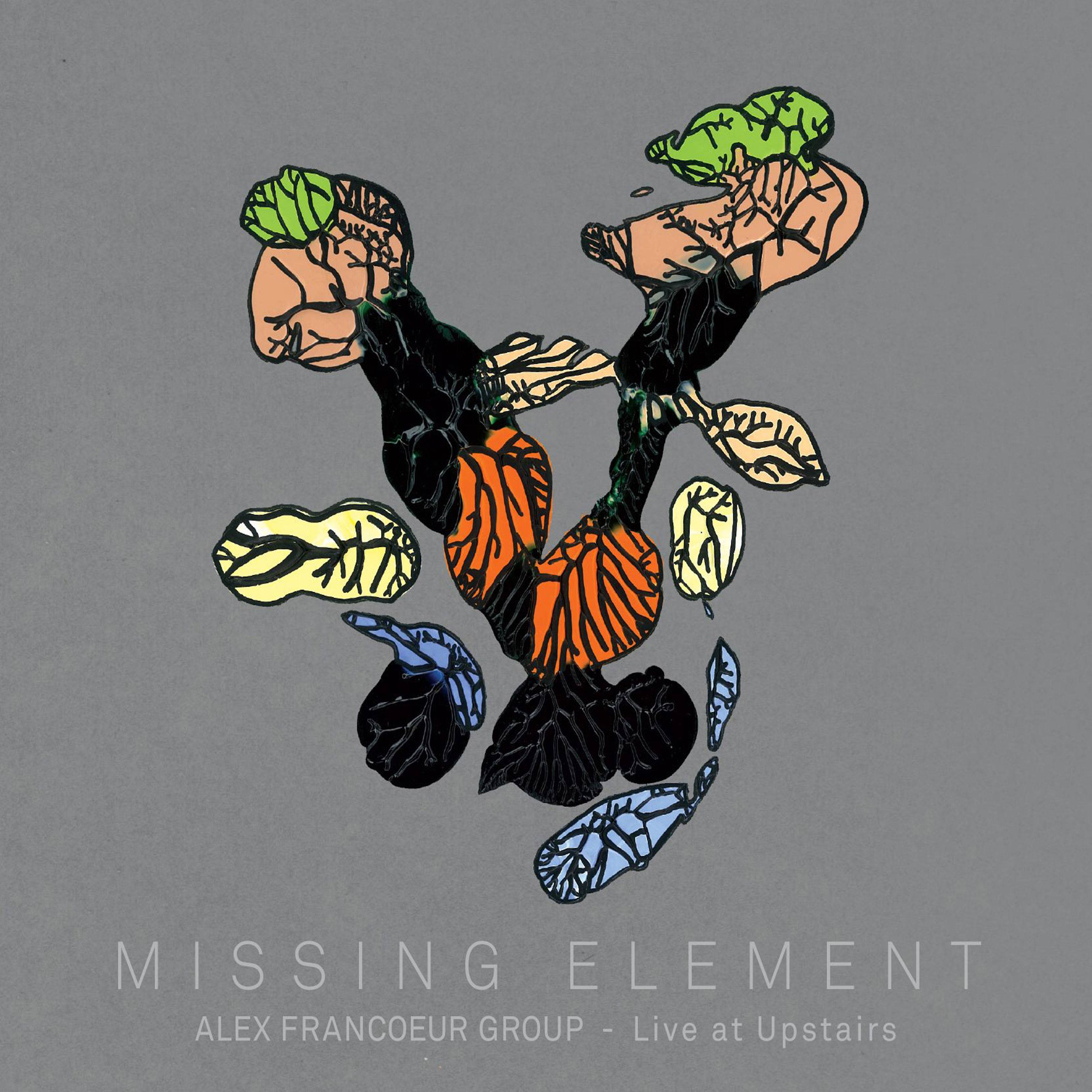 “Missing Element – Live at Upstairs” is the first effort by the Alex Francoeur as a leader. Alex has composed all of the music, with the exception of one jazz standard, ”I Hear a Rhapsody”. The goal of this record was to capture the energy and spirit of live jazz music; exciting, unpredictable and daring. His quintet, comprised of Chris Edmondson on alto saxophone, Gentiane MG on piano, Levi Dover on bass and Louis-Vincent Hamel on drums, do justice to this objective in brilliant fashion, with each of their individual voices shining through while conserving a concise group sound.

Alex has been performing professionally in Montreal since 2010. He has had the opportunity to perform in clubs around the city such as ”Upstairs Jazz Bar & Grill”, ”Dièse Onze Jazz Club” and ”Resonance Cafe” with artists such as Jean-Michel Pilc, Kevin Dean, Jean-Pierre Zanella, Dave Laing and Jim Doxas. He also played in the ”Montreal All-City Big Band”, with whom he had the chance to perform on television with popular Quebec artists such as Garou, Ginette Reno, Andrée Waters and Daniel Bélanger. He has performed in multiple cities accross Canada (Toronto, Ottawa, Moncton, Halifax, Vancouver), Mexico (2017 Juárez Jazz Festival) and Australia (Sydney, Canberra).

Alex received a scholarship to go study with the world-renowned saxophonist Joe Lovano at Domaine Forget 2014. In December 2015, he received an artist grant from the Quebec Arts Council to travel to New York City to study with world-renowned saxophonist Ben Wendel in 2016 and most recently, he received government funding in order to record his first album, ”Missing Element: Live at Upstairs Jazz Bar & Grill”. Most recently, Alex received a full-ride scholarship to study at William Paterson University. He will be starting his Master’s degree in Jazz Performance at WPU in the fall, where he will be studying with Harold Mabern, Bill Charlap, Rich Perry, Aaron Goldberg, Vincent Herring, Jim McNeely and Jeremy Pelt, among others. Alex also plays in a funk/jazz/hip-hop collective called ”The Liquor Store”, which he co-founded in September 2011. Since then, the band has 2 EP’s to their name and has played hundreds of shows in Canada, most notably the Montreal International Jazz Festival in 2016 and 2017.