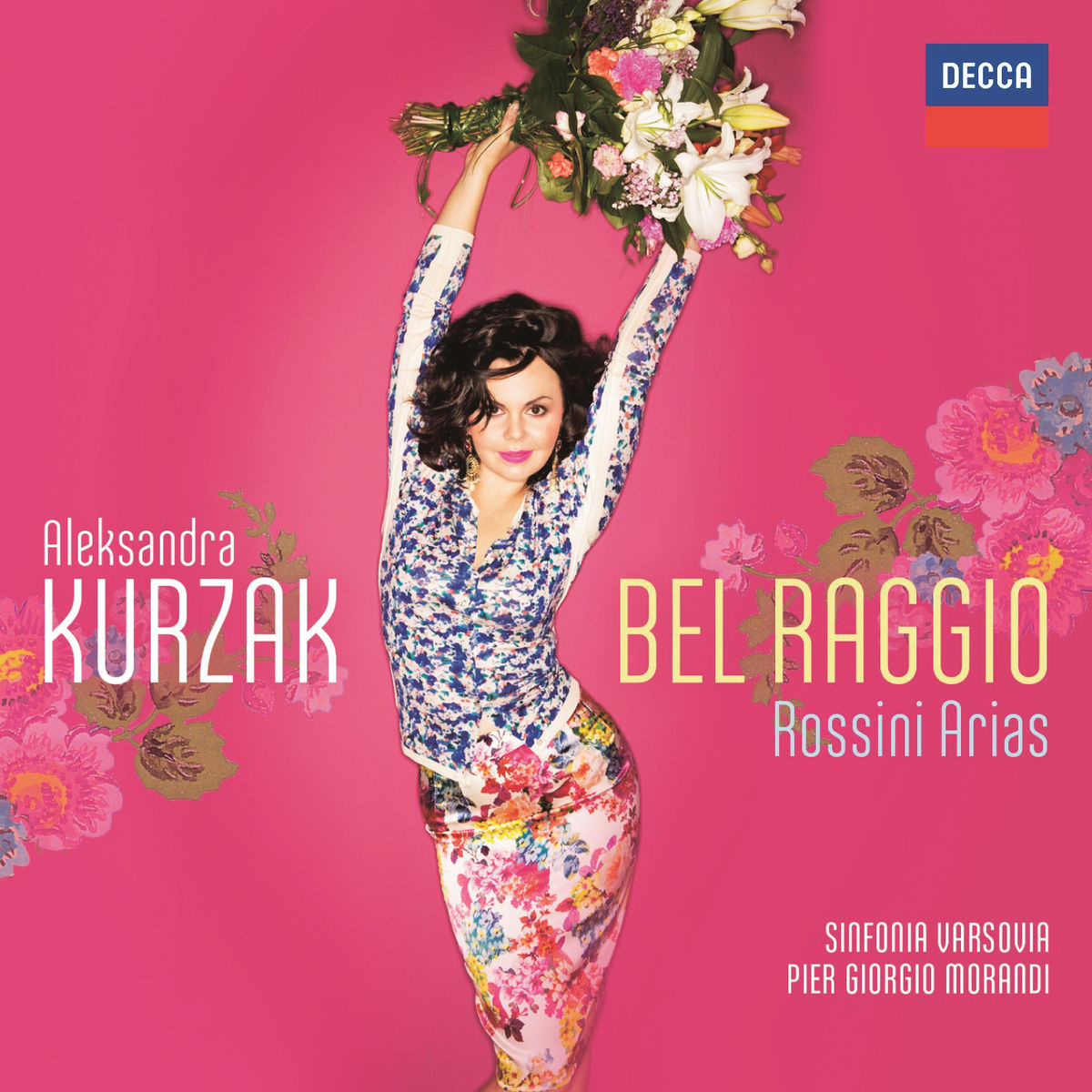 Somewhat confusingly, three of Rossini’s heroines are named Matilde, and all are represented here. The earliest of them appears in Elisabetta, Regina d’Inghilterra (1815), the opera that opened Rossini’s Neapolitan period and a work just predating such popular scores as Barbiere and La Cenerentola. The name reappears as the heroine of Rossini’s operatic swansong, Guillaume Tell (1829), written for Paris in French but recorded here in its Italian version as Guglielmo Tell. “I’d love to sing it in the theatre. This is very mature music, showing the new direction that Rossini might have taken. But I must admit that when I’m preparing new roles I never worry too much about where they belong in a composer’s output. I concentrate hard on the technical side when working with my teacher, who also happens to be my mother” — the distinguished soprano Jolanta Żmurko — “but otherwise I need to keep things fresh and free for the interpretation to flow.”

The great showpiece “Bel raggio lusinghier” also puts the title role of Semiramide (1823) on Kurzak’s wish-list. “Because it was made famous by Joan Sutherland, I’ve followed her very beautiful ornamentation.” A rarely performed masterpiece on account of its challenges, its music is still much better known than Pamira’s aria from Le Siège de Corinthe (1826 — also heard here in an Italian version). And though Sigismondo (1814) has been described by the Rossini authority Richard Osborne as “arguably Rossini’s most unrevivable serious opera”, it is represented here for a good reason: the title character is the King of Poland. Kurzak includes an aria for Sigismondo’s wife Aldimira, the daughter of the King of Hungary, “to leave a small Polish mark on this recording”.

Even growing up around an opera house—thanks not only to her mother, but also because her father played French horn in the orchestra — Kurzak had few early opportunities to hear Rossini and has recollections from that time only really of L’italiana in Algeri. Yet despite there not being much of a Rossini tradition in Poland, she has earned her place alongside another Polish star, the contralto Ewa Podles ́, in the ranks of internationally acclaimed Rossinians. As she prepares new roles that may take her away from this composer, he will always occupy a unique place in her affections: “There is only one Rossini!” (John Allison)

“Kurzak is a dazzling new star” (The Sunday Times)

“A superstar in the making, as I noted here after her Adina in last year’s L’elisir d’amore, Kurzak fills the house with her thrillingly pure, warm voice and acts the rest of the cast off the stage. It is a rare moment, indeed, when an opera singer can change the mood with a flash of an eye, the tiniest gesture of disdain.” (The Guardian)

“A Commanding Vocal Presence” (The Independent)