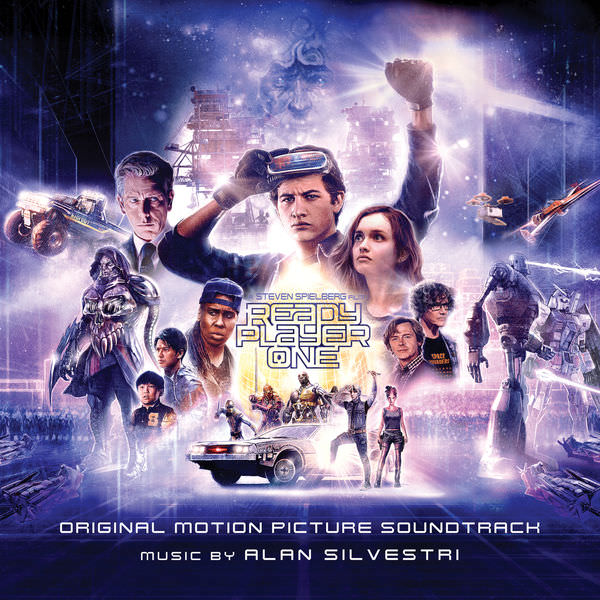 Alan Silvestri is back to basics with another blockbuster movie Soundtrack. Even though Spielberg and Silvestri have never worked together as director/composer before, Silvestri has composed iconic themes for a number of Spielberg-produced projects like the Back to the Future trilogy and Who Framed Roger Rabbit? Silvestri is the maestro behind the score for Back to the Future undoubtedly one of the most beloved ’80s sci-fi films, and a movie that gets referenced repeatedly in Ready Player One. Now, you can listen to Silvestri’s jaunty and soaring title theme for Ready Player One.

What do Steven Spielberg and Philippe Clair have in common? They both worked with composer Alan Silvestri on one of their films. Actually, the director of How Did You Get In? We Didn’t See You Leave (Par où t’es rentré ? On t’a pas vu sortir) almost could have featured in Ready Player One as the movie’s premise is to pay a glowing and abundant homage to 80s popular culture. Contrary to Philippe Clair, Robert Zemeckis – director of Back to the Future and a long-time collaborator of Silvestri – is indeed referenced several times, most notably through a Rubik’s cube that bears his name. By working with Alan Silvestri (author of the soundtracks for John McTiernan’s Predatorand James Cameron’s The Abyss), Spielberg gives his film a sort of “80s quality label”, with which they can both indulge in self-referencing. Ready Player One takes place in a future ravaged by poverty, and describes − through countless special effects− a power struggle to inherit the fortune of the inventor of a role-playing game that has become a virtual gateway (the OASIS) for the entire population to escape this miserable world. While the swirling car race that opens the movie doesn’t rely on music, the one that succeeds and mirrors it uses a track (Why can’t we go backwards?) that, in the brass writing most notably, contains references to Spielberg’s favourite composer, John Williams – who was too busy working on Pentagon Papers and Star Wars: The Last Jedi to take part in this project. The same is true for An Orb Meeting that features a few notes from 1941, a relatively obscure Spielberg’s film, in which he was already prone to self-referencing. In other words, for what appears to be a “classic” blockbuster on the surface, the filmmaker goes pretty far in terms of postmodern mise en abyme. Despite this riot of references, Silvestri’s emotional and dynamic style shines throughout the partition – even if, again, by highlighting his own trademark, the composer plays right into the hands of the movie’s mechanics. Another particularity of Alan Silvestri is his love for melodies, that especially shines through when he composes for the film’s most “humane” characters: young Wade/Parzival (Tye Sheridan) and the game’s creator, James Hallyday (Mark Rylance). These two themes could be a perfect ode to (the nostalgia of) youth as seen by Silvestri/Spielberg, a tribute to its ardour and zeal, but also to its innocence. Beyond the real versus virtual world conundrum, the film’s main theme as well as marketing strategy is: please today’s young, connected filmgoers, while captivating those who were 10 years old in the 1980s.