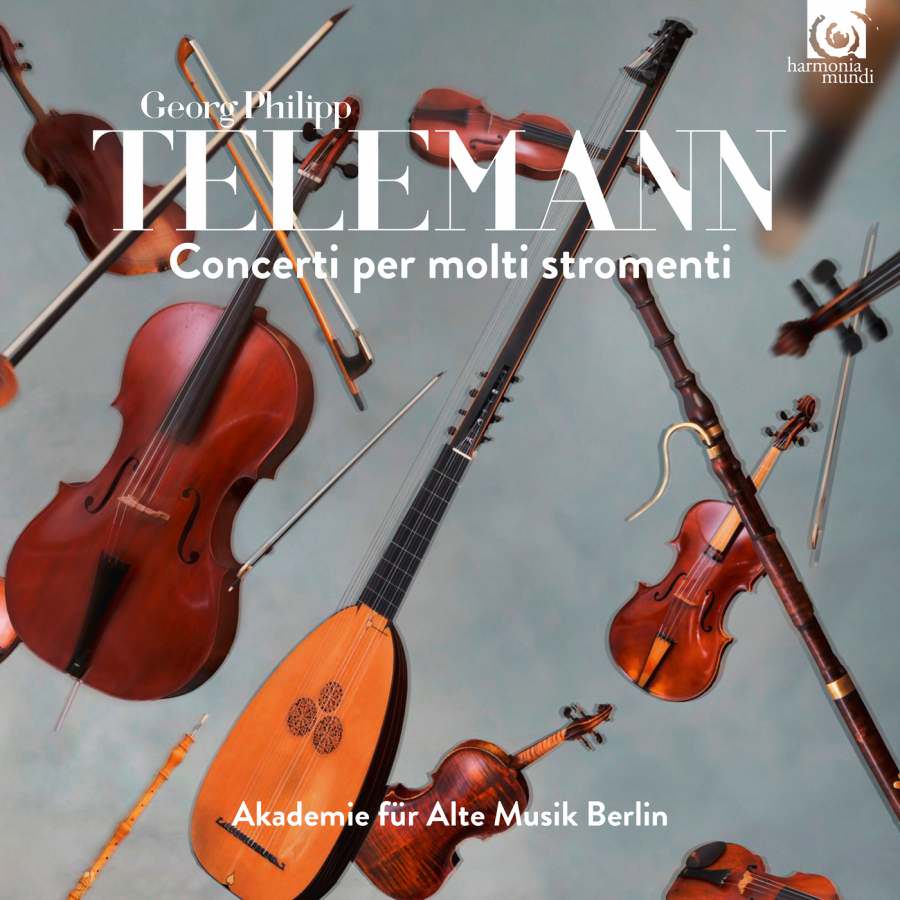 It has been said that Vivaldi wrote the same concerto 300 times. Could anyone possibly say that of Telemann? Not only do the examples here feature every kind of weird and wonderful instrumental combination — four trumpets, three horns, two flutes and calchedon, and even mandolin, harp and dulcimer; they also display the most amazing variety of styles, from Vivaldian exuberance to elegant Ancien Rgime dances by way of learned German counterpoint. The works on this recording, with the exception of the concerto from the Tafelmusik, were probably written between approximately 1710 and 1720.

The Akademie fr Alte Musik Berlin (Akamus) was founded in 1982 in Berlin. Since then, it has become one of the world’s leading chamber orchestras on period instruments and can look back on an unprecedented history of success. Since 1994, their recordings have been produced exclusively for harmonia mundi and have won all the important awards for classical recordings, including Gramophone, Edison, Choc de l’anne as well as the Jahrespreis der Deutschen Schallplattenkritik. In 2006, Akamus received the Telemann prize of Magdeburg and in 2014 both the Bach Medal and Echo Klassik.

Georg Philipp Telemann was one of the most prolific composers of the Baroque era, and his extremely varied oeuvre reveals a knack for experimentation and instrumentation that went beyond routine assignments of parts to conventional groupings. The works on this 2017 Harmonia Mundi album from the Akademie fr Alte Musik Berlin feature various combinations of trumpets, flutes, oboes, horns, timpani, and the standard deployment of strings and basso continuo, but also the mandolin, the hammered dulcimer, the harp, and the extremely rare calchedon (also called mandora, galizona, or gallichon), the long-necked lute depicted on the cover that was typically used as a bass instrument. The Akademie’s brilliant performances in a historically informed style would make this program attractive even if the music were mundane, but these are among Telemann’s most vivid concerted pieces, and the imaginative combinations and colorful playing are sure to please listeners, including the most jaded critics of Telemann’s facility. Harmonia Mundi’s recorded sound is immaculate, and the acoustics of Teldec Studio in Berlin give the group a delicious resonance. Highly recommended as one of the finest albums of 2017. – AllMusic Review by Blair Sanderson