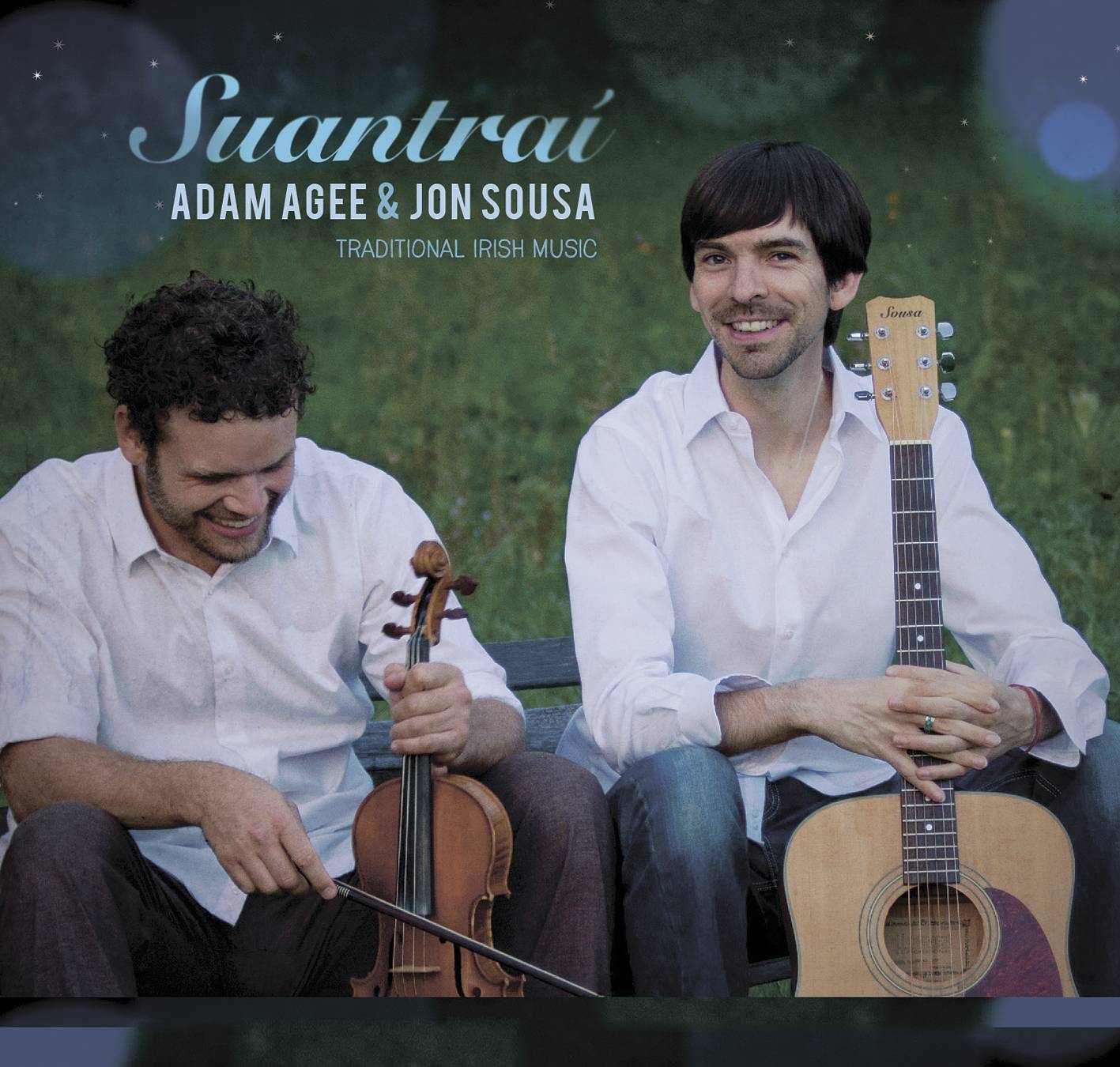 Adam Agee and Jon Sousa are two of Colorado’s most sought-after traditional Irish musicians. Since 2004, they have been journeying together through the Irish idiom on fiddle, guitar, and tenor banjo, enchanting listeners on both sides of the Atlantic Ocean. Adam and Jon have put down musical roots in County Clare, where they lived together, and now make frequent visits. Their connection to their instruments and the transcendent energy in their music is guaranteed to captivate and uplift audiences of all ages. Pure DSD Recording.

This is a collection of some of our favorite tunes that we’ve been playing over the past several years, living in our beloved homes of Ennis, County Clare, Ireland, and Boulder, Colorado. We dedicate the music on this album to our anam cairde in Ireland, and to the nature that we love and the land that feeds us.

This album was recorded DSD PURE to a Sonoma workstation through an 8 channel Grace preamp and Meitner MKIII A to D positioned close to the artists for the best sonic integrity. It is the first in a series of DSD PURE “Corner Recordings” from Super Audio Center and Immersive Studios in Boulder Colorado.

Adam Agee’s fiddle music is alive, dynamically fluid, and colorful. Raised in the mountains of Santa Cruz, California and Boulder, Colorado, Adam came first to Ireland in 2004, basing himself in Ennis, County Clare, where he discovered a new home. Through opportunities in America and Ireland, he has had the chance to study with many of today’s living tradition-bearers. His exposure to diverse influences makes Adam’s music deeply American, while his pursuit of sound has led him to focused expression through the Irish tradition. Within the rapidly developing culture of traditional music, suffused and enriched by a global exchange of ideas, Adam’s fiddle playing is grounded in a personal, aesthetic quest. He has been teaching and performing for 15 years.

Jon Sousa fell in love with music at an early age, listening to the 70’s folk albums in his mother’s record collection. He journeyed on to rock music, passed through the realm of electronic dance music, then made his way on to West African percussion, and finally landed in the world of traditional Irish music. Jon’s passion for music has taken him all over the world, from the beautiful countryside of France to study with master fingerstyle guitar player Pierre Bensusan, to Senegal, West Africa, to study Sabar Drumming, and eventually to reside in Ireland in 2008. There he refined his skills in interpreting Irish music while earning his Master of Arts degree in Traditional Irish Music Performance at the University of Limerick. Jon also has a Bachelor of Arts in Music from Naropa University in Boulder, Colorado.