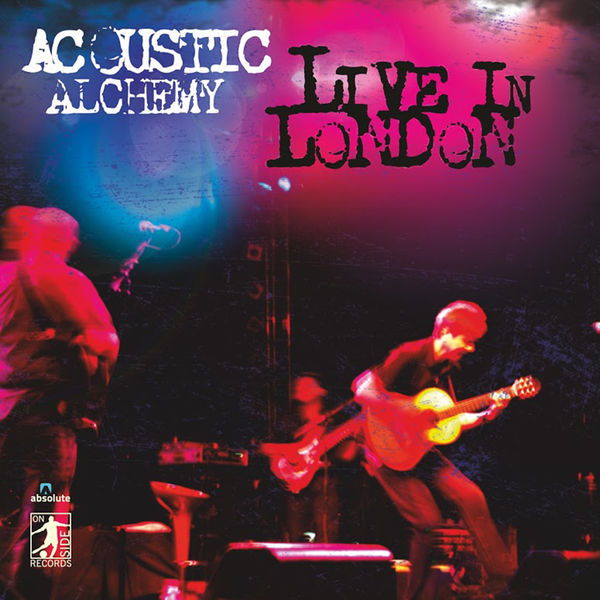 2014 two CD live release from the British instrumental/Smooth Jazz band. Acoustic Alchemy have spent over a quarter century making music and in that time they have not only received critical acclaim for their albums (including three Grammy nominations), but also have built a reputation for being one of the most exciting live bands in the business. For the last decade the band lineup has been made up of Greg Carmichael on nylon guitar, Miles Gilderdale on steel string acoustic and electric guitars, Fred White on keyboards and the powerhouse rhythm section of Greg Grainger on drums and his brother Gary Grainger on bass. The band were so happy with these live recordings that they quickly decided that they wanted to have as much of the show on the record as possible and so this will be Acoustic Alchemy’s first ever double album, featuring songs from their most recent studio release Roseland along with classic tracks from the band’s 16 album catalog.

Recorded over a series of live concerts in London, this double CD features an Acoustic Alchemy lineup of Greg Carmichael, Miles Gilderdale, Fred White, Greg Grainger, and Gary Grainger playing songs from 2011’s Roseland as well as signature songs from the band’s 16-album career, including “The Beautiful Game,” “Jamaica Heartbeat,” “One for Shorty,” and “Lazeez.” – Steve Leggett