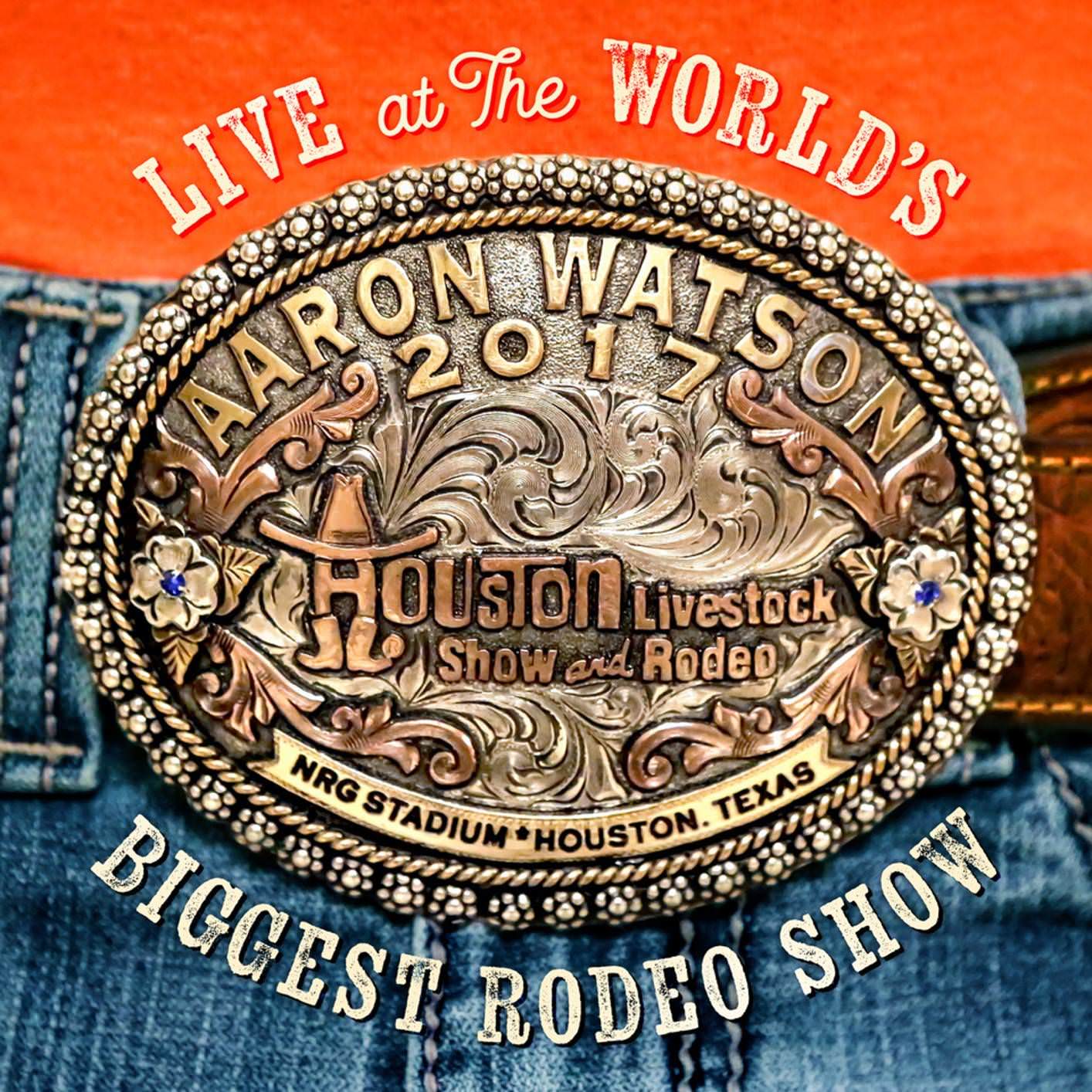 Aaron Watson’s Live at the World’s Biggest Rodeo Show, his 14th album, contains 12 songs from Aaron’s 18 year career. Recorded live in front of over 65,000 fans on the opening night of the 2017 Houston Rodeo, LATWBRS captures the excitement of Watson live while showcasing the humility which has made him a fan favorite. The album also includes a bonus studio track, “Higher Ground” which Aaron wrote during the time that Hurricane Harvey was devastating Aaron’s home state of Texas.

Live at the World’s Biggest Rodeo Show is being released on the 1 year anniversary of Hurricane Harvey’s landfall in the State of Texas. BIG Label Records and Aaron Watson have teamed up with the Rebuild Texas Fund where a portion of the profits from the album will be donated towards the continuing rebuilding efforts.