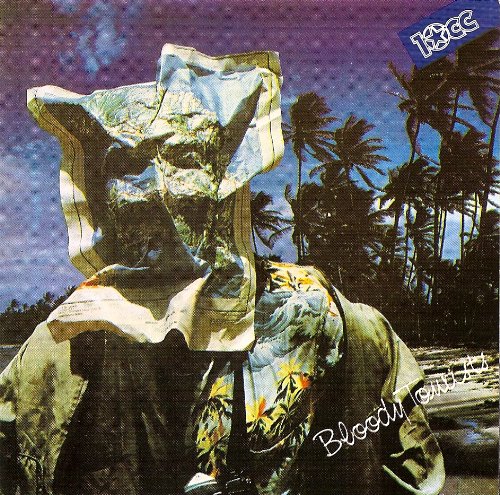 After proving they could keep 10cc alive as a duo act with 1977’s successful Deceptive Bends, Eric Stewart and Graham Gouldman pressed on in 1978 with Bloody Tourists. Although it scored some notable hits, it was a less consistent and less memorable affair than its predecessor. The problem with Bloody Tourists is that it feels like a group of session musicians trying to come up with songs in the 10cc style instead of a proper 10cc album. The eccentric humor that once flowed freely feels forced on this album: “Reds In My Bed” is a lame stab at Cold War satire that never really succeeds in saying anything while “Shock On The Tube (Don’t Want Love)” tries to be daring with its tale of a subway sex fantasy and instead comes off as smutty and dull. Another problem is that the music propping up these narratives is lacking in both hooks and inspiration: the backing track for “Take These Chains” is a dull attempt at rockabilly that sounds like an especially poppy Eagles outtake and “The Anonymous Alcoholic” has a disco-parody portion that merely sounds like a mediocre example of the music it is supposedly sending up. However, the album’s singles present a few bright moments: “For You And I” is a lovely ballad that fortifies its attractive melody with some strong vocal harmonies and “Dreadlock Holiday” chronicles the exploits of a hapless tourist in Jamaican against a catchy pop-reggae backdrop. Sadly, these are the first two tracks on the album so when they have passed there isn’t much to look forward to. In the end, Bloody Tourists is competent enough to keep the 10cc’s hardcore fans happy but the casual listener is advised to track down its hits on a compilation.