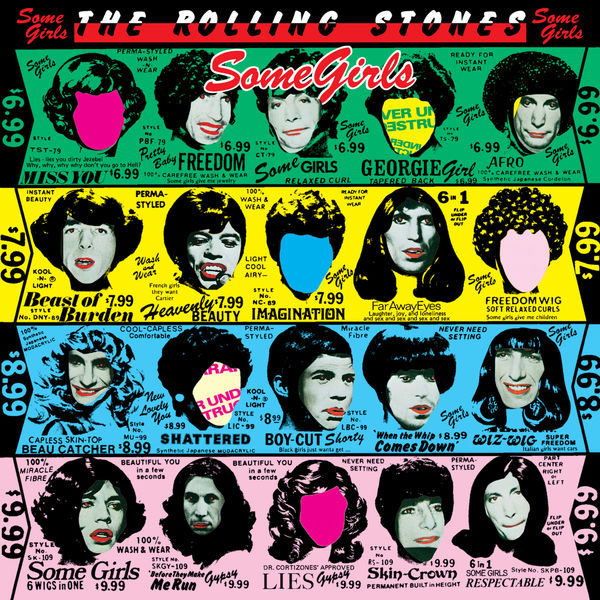 Rolling Stones. It was released in 1978 and was the first album that included guitarist Ronnie Wood as a full-time member of the band.

This release soared through the charts topping the Billboard 200 as the Number One album. It went on to become the Stone’s best-selling record in the US and earned the band a Grammy nomination in the Album of the Year category. ‘Some Girls’ had a handful of singles come from it that became chart staples in the US, UK, Australia, and Canada.

Released on June 9, 1978, Some Girls found the band reinvigorating their sound by drawing on popular trends of the day without losing its own identity in the process. While the record incorporated elements familiar to longtime Stones fans, and offered a nod to the past with a cover of the Temptations’ 1971 hit “Just My Imagination (Running Away With Me),” it infused the group’s staid sonic aesthetic with disco rhythms and a dash of jagged punk aggression. In exchange, critics rewarded the Stones with some of the best reviews they’d seen in years, and fans turned “Miss You,” “Beast of Burden” and “Shattered” into Top 40 hits.

“During the mid-’70s, the Rolling Stones remained massively popular, but their records suffered from Jagger’s fascination with celebrity and Keith’s worsening drug habit. By 1978, both punk and disco had swept the group off the front pages, and Some Girls was their fiery response to the younger generation. Opening with the disco-blues thump of “Miss You,” Some Girls is a tough, focused, and exciting record, full of more hooks and energy than any Stones record since Exile on Main St. Even though the Stones make disco their own, they never quite take punk on their own ground. Instead, their rockers sound harder and nastier than they have in years. Using “Star Star” as a template, the Stones run through the seedy homosexual imagery of “When the Whip Comes Down,” the bizarre, borderline-misogynistic vitriol of the title track, Keith’s ultimate outlaw anthem, “Before They Make Me Run,” and the decadent closer, “Shattered.” In between, they deconstruct the Temptations’ “(Just My) Imagination,” unleash the devastatingly snide country parody “Far Away Eyes,” and contribute “Beast of Burden,” one of their very best ballads. Some Girls may not have the back-street aggression of their ’60s records, or the majestic, drugged-out murk of their early-’70s work, but its brand of glitzy, decadent hard rock still makes it a definitive Stones album.” (Stephen Thomas Erlewine, AMG)