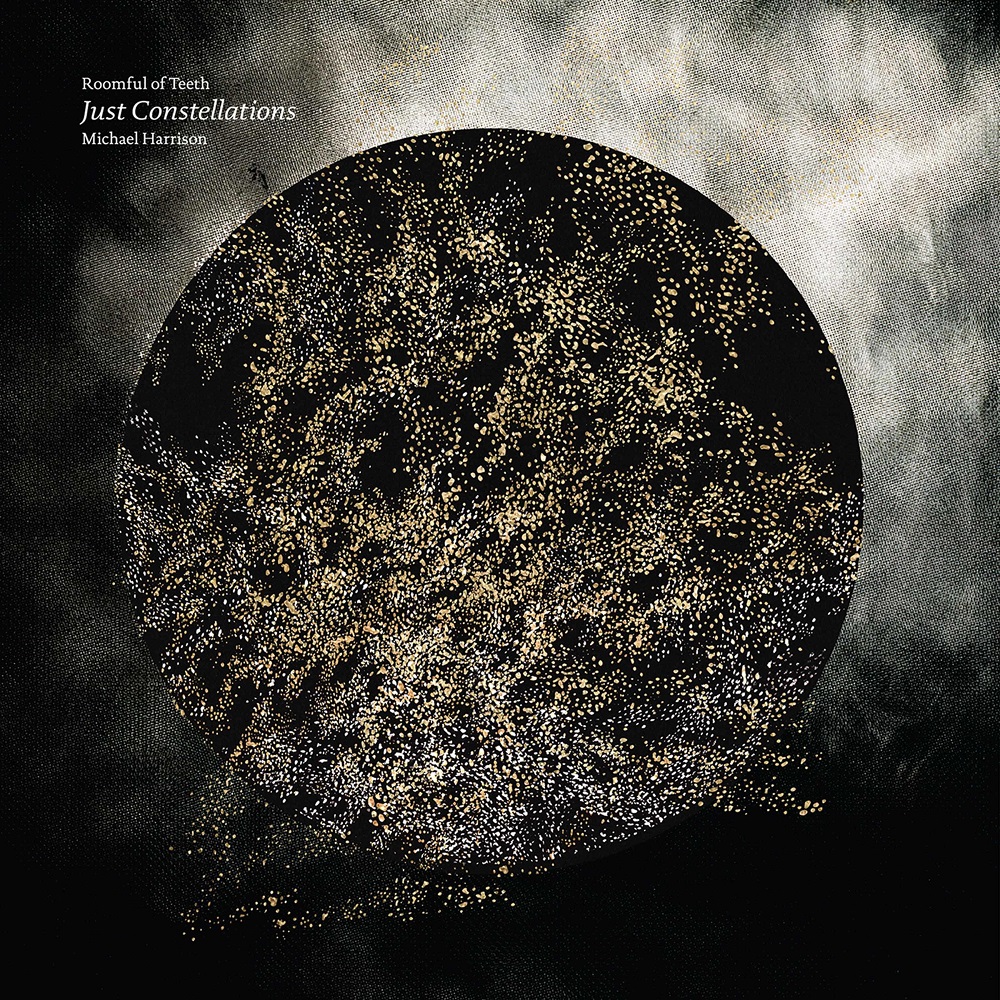 Michael Harrison’s Just Constellations was described as “glacially beautiful” by The New Yorker’s Alex Ross, who wrote about the performance of this recording at The Tank, an unlikely contemporary music performance venue in Rangley, Colorado. Harrison describes it as “an amazing monumental old water tank with a reverb that lasts longer than any that I have ever heard, including the Taj Mahal.”

“The beginning sparks for Just Constellations might easily have happened years ago when I learned to play and tune the piano for La Monte Young’s The Well-Tuned Piano,” explains Harrison. He’s referring to a nebulous masterpiece of minimalism for solo piano that takes up to six hours to play and requires hours upon hours of meticulous instrument tuning.

“I was also singing and studying classical Indian vocal music, which relies on just intonation tunings. Over the years, I often imagined how the sustained harmonies I produced on the piano might translate to the voice, but this could only be achieved with an ensemble of voices.”

Those ideas became a reality when Roomful commissioned Harrison, who could now tailor a piece written in just intonation to eight individual voices.

“Every time I had a new draft, we would rehearse it and they would give me feedback,” as he describes it. “ Then, I would revise the score, and we would do the same thing a few days later with a new draft. I was in composer heaven!”

There’s a beautiful contrast in these two EPs, with The Ascendant providing a close mic, highly produced studio sound as Roomful performs as if a band riffing with tight grooves and tight text, alongside a studio drummer (Jason Treuting of SO Percussion). That all takes a 180 in Just Constellations, where there are no words at all, only syllables.

“It’s all long tones. It’s the singers as bells, or the singers as drones or as pure pitch,” says Wells about a composition perfectly suited for the deep resonance of The Tank. “Michael found an organic way to compose for the group.”