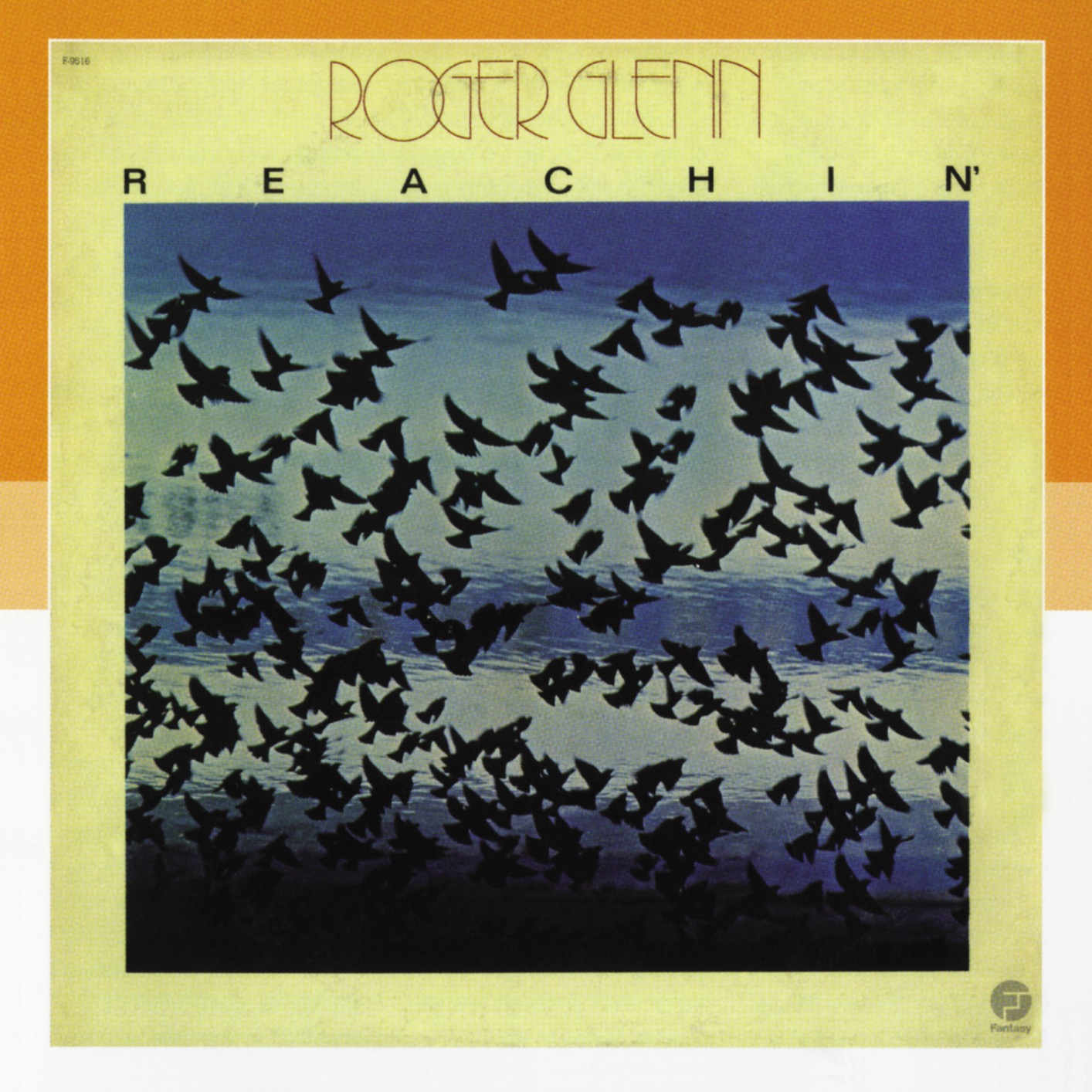 Sought-after jazz funk rarity from reed-master Roger Glen. Produced by the Mizell brothers and featuring Bill Summers and Paul Jackson from the Headhunters.

A great lost chapter in the Larry Mizell story – a record that’s not nearly as well known as Mizell-produced jams for Bobbi Humphrey or Johnny Hammond, but which is every bit as great! Roger Glenn’s a funky flute player with a really great groove – California groovy, with just a touch of Latin – served up here with some great Mizell-infused touches – that rolling rhythm on the bottom, soaring instrumentation on the top, and some great Latin elements that are wrapped up warmly in the fusion! There’s plenty of great keyboards, too – played both by Larry Mizell, and also by Mark Soskin – a range of Fender Rhodes, Arp, mini-moog, and more – all adding in the right sort of warmth to Roger’s flute, and the album’s rich array of percussion. Titles include “Kick”, “Reachin”, “Rio”, “Gloria”, “Overtime”, and “Don’t Leave”.

Interviewed for Wax Poetics magazine in late 2005, producer Larry Mizell recalled, “Roger Glenn was an old high school friend we played in some groups with. His father was Tyree Glenn the famous trombonist with countless greats … so he came from a very talented family. Roger played on “Blackbyrd”. He played on most of Byrd’s albums where there were flutes, so we decided to get him a deal with Fantasy. We put together the project and the name of the album was “Reachin’”.

It is a very distinct album in the brothers’ production career. Apart from Glenn and Larry Mizzell’s keyboards it features none of the musicians that were usually be their sessions. A younger crowd of San Francisco musicians are onboard, including two members of Herbie Hancock’s band the Headhunters, percussionist Bill Summers and Paul Jackson on bass. Mark Soskin, who was becoming a regular on sessions for Fantasy’s jazz labels handles many of the keyboard duties, Ray Obiedo is on guitar and a quartet of percussionists helps to give the record a latin depth that reflects Roger Glenn’s musical preferences. Recorded in the early months of 1976 and released later that year, it is today regarded as a classic latin-fusion album.

Most jazz dance fans know the fast fusion samba ‘Rio’, the second track of the album. It is a great showcase for Roger’s flute and was a big record for DJ Chris Bangs back in the late 80s. The opening number and title track is an uptempo bass-led groove that sets the scene for what is to follow. For fans of the traditional Mizells sound ‘Don’t Leave’ is a treat, built on a loping funky groove, underpinned by Larry’s use of the ARP synthesiser, topped off by careful interplay between Roger’s flute and vibes and Larry’s Fender Rhodes. Side one ends with the Roger/Paul Jackson co-composition ‘EBFS’, a funk tour-de-force that sounds very much like an outtake from a Herbie Hancock album.

‘Overtime’ is built around an off-kilter rhythm and a very attractive theme played on the flute before working itself out into a happy party-themed number. ‘Kick’, although brought to the session by Obiedo and Soskin, is very much in the vein of a traditional Mizells-produced funker, stretched out to allow for plenty of interaction between the players. The standout of side two is ‘Gloria’, a down-tempo, very close to acoustic jazz number that lets Roger’s playing shine through. The album closes with the Afro-Cuban drum chant ‘Rezo Chango’ written by Bill Summers and Pete Escovedo, which seems to have very little in common with the rest of the album, but works a treat all the same.

Despite a fantastic back cover showing Glenn seemingly piloting a plane – possibly an allusion to the Mizells’ Sky High Production Company – the album didn’t take off. Perhaps it was never meant to. It may just have been a favour to some successful producers from a record label they had done work for. Roger continues to be an in-demand session player and sideman. If you search the jazz listings, especially in his home state of California, it is possible that you will be able to catch him play. And if his only album as a leader was not designed to get to the top of anyone’s charts, it has left us over 30 years later with one of the period’s undiscovered gems.