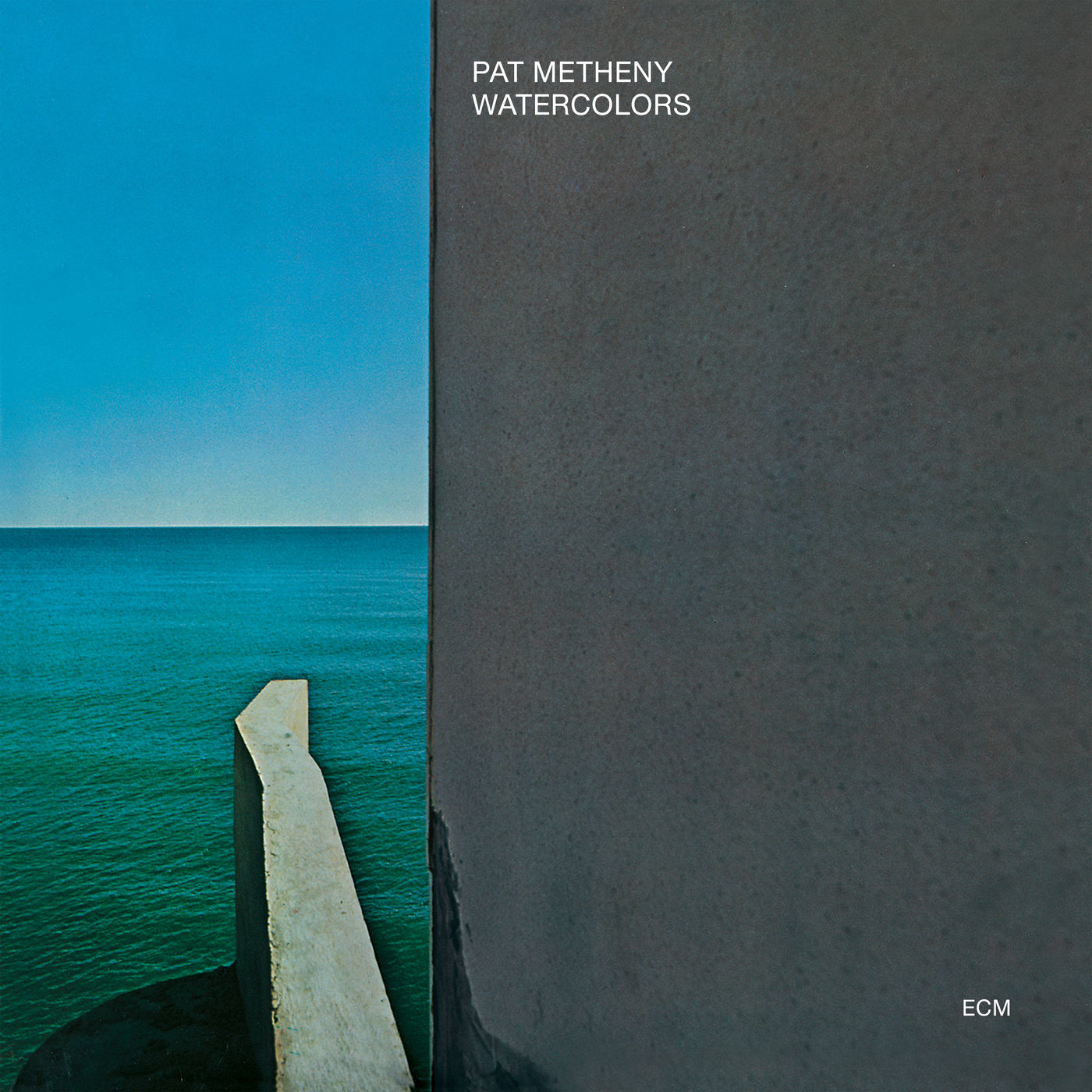 “Guitar wonder Metheny has made an astoundingly tasteful and free flowing record here” the Massachusetts Valley Advocate declared. “Metheny’s compositions are perfect vehicles for his guitar, which blends smoothly with the breathtaking ensemble work.” The recording is the first of Pat’s albums to feature Lyle Mays, an important partner for the work ahead: “You can hear them reaching toward the sound that would burst forth a year later on the Pat Metheny Group album”, Down Beat would later note. And with Danny Gottlieb on drums, three quarters of the Metheny Group is present here. The personnel of Watercolors is completed by Eberhard Weber, with whom Metheny had already collaborated creatively in Gary Burton’s band.

From the opening strains of Pat Metheny’s second album, we immediately know that we have a calming yet powerful journey ahead of us. The present company—among which keyboardist Lyle Mays, a Pet Metheny Group fixture, makes his first appearance—renders his characteristic combination of form and style into an instinctive wash of comfort. Mays’s pianism proves the perfect complement to the guitarist’s untainted sound. Just listen to the way he buoys the music in the opening title track, and his fluent solo in “River Quay,” and you will hardly be able to imagine the music without him. We get a lingering look at Metheny’s own abilities in “Icefire,” in which he solos on a cleverly tuned 12-string that lobs between solid chords and higher callings. Midway through, the music melts into its second titular half, flowering in a cluster of Ralph Towner-esque harmonics. “Oasis” introduces the harp guitar, a sympathetically strung instrument that shines in Metheny’s hands like the charango in Gustavo Santaolalla’s. A mournful electric sings at its center, ever shielded by an unrequited embrace of acoustics. Varied rhythms and bold chord changes animate its otherwise stagnant beauty. After these quiet submersions, we come up into air, and into light, with the beautiful “Lakes,” which positively glows with quiet ecstasies. Again, Mays broadens the edges to new waterlines, cresting like a wave that never crashes upon its thematic shores. A two-part suite proves a complex call and response with the self before the 10-minute “Sea Song” reprises the harp guitar for its swan song. The music here is beyond aquatic, and could easily have seeded a Ketil Bjørnstad project. Eberhard Weber’s smooth bass introduces the morning’s regular activities with the first rays of sunrise in countless awakening eyes, before rolling out once again, drawn back into the depths like the tide that gives them life.

Metheny’s precision dives and soars, a most selfless bird, his fingers running together like the colors of the album’s title. His supporting crew is in tune at every moment (and one mustn’t fail to praise Dan Gottlieb’s drumming in this regard), protecting every melody with passionate detail. This is perfect music for travel, for the music travels itself. It’s a plane ride above a shimmering landscape, a hang-glide over open valleys, a dive into crystal waters—and yet, our feet never leave the ground. One might call it otherworldly, were it not so firmly rooted in the earth in all its glory. Pure magic from start to finish.