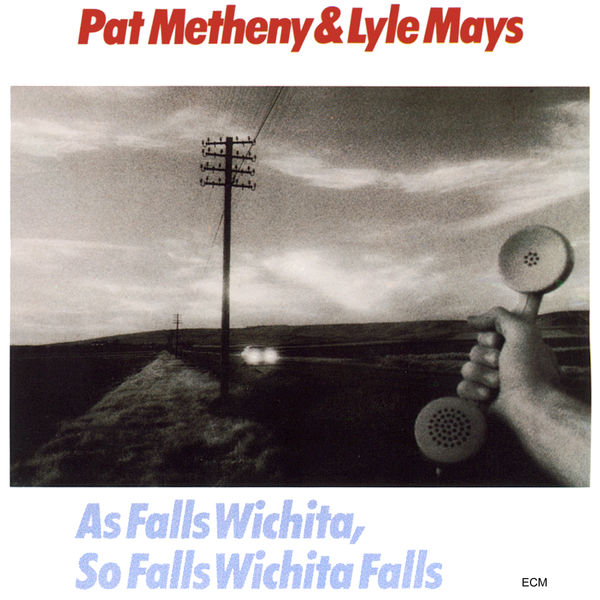 It is one of the few albums where Metheny not only acts as both the lead and accompanying guitarist but also the bassist, with each track using fair amounts of overdubbing. The track “September Fifteenth” is in reference to September 15, 1980, the day the American jazz pianist Bill Evans died. Metheny and Mays cite Evans as a main influence. Both “September Fifteenth” and “It’s for You” appear in the score for the 1985 film Fandango. “It’s for You” would later be covered by Akiko Yano, with Metheny on guitar, for her 1989 album Welcome Back.

Listening to any Pat Metheny album for the first time is like finding a long-forgotten photograph, interleaved in a dusty book marked to the brim with the marginalia of a past life. And just when one thinks that feeling might dull over time, Metheny whittles from the vast block of wood that is his genius a masterpiece like As Falls Wichita, So Falls Wichita Falls, on and through which the Missouri-born guitarist begins to expand his reach to “global” proportions. His Instrument—with a capital “I”—and his playing of it define supernovas of emotional distance in the most compact lines. From these he unspools spectrums upon spectrums.

Where many of his albums might open with a shout of joy, a heavy acoustic rhythm, or a sweeping grandeur, the 20-minute title track’s genesis lies in the ambience of a field recording. We hear a crowd, a voice chanting taals, the rasp of shakers. Thus (dis)located, Metheny begins to map this human web through the drone of Lyle Mays. Only then, from thunderous rumblings, does his slack guitar take our hand and lead us through the crowds. With a drum machine at his side, Nana Vasconcelos clothes us in local colors. The electronic accents and attentive sense of evocation evoke Steve Tibbetts as the band coalesces into a shimmering, autoharp-laden catharsis. Riding a leviathan of strings, a voice recites numbers, as if in code. With the sounds of children at play still in our ears, the upbeat “Ozark” crests into the wave of extroverted Americana that is Metheny’s standby. Mays at the keys makes this stage, gliding effortlessly along a landscape tessellated by a rainbow of impressions. “September Fifteenth” is as intimate as the last is expansive, a prayer for Bill Evans, who left us on the selfsame date while the album was in session. The pianism of Mays (for whom Evans was a formative influence) could hardly be more fitting. To be sure, it glitters like the rest, only this time with the beads of falling tears. The title of “It’s For You” lends delight to the cover montage. If its colorful combination of sounds is meant to brighten our mood after the mournful turn that precedes it, then it certainly does the trick. Metheny’s signature electric traces in silhouette every footprint leading into the mystical shores of “Estupenda Graça,” where he sketches for us a more diffuse version of street on which we began.

Some have remarked on the “regrettable” cover art and the title that brands it, but I for one believe it to accurately illustrate Metheny’s process. Making or receiving a phone call is a form of travel in itself, for those precious moments of communication seem to collapse the two spaces that both speakers inhabit. And which of us has not, when experiencing something sonically profound, held up a phone so that the person on the other end could get some sense of the experience? “It’s For You” isn’t just a catchy phrase; it’s a thank you for the listener.