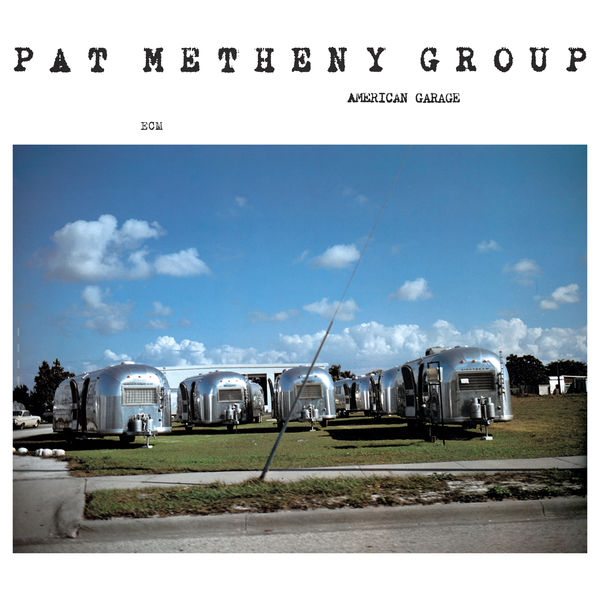 A young group openly acknowledging the influence of popular music. This cheerful, breezy jazz-rock from the Pat Metheny Group was recorded in 1979.. Includes the PMG signature tune “(Cross The) Heartland”.

Pat Metheny is one of those rare artists whose virtuosity is so fluid that it is no longer a necessary lens through which to view his music. Despite the 43 strings at his disposal for this fourth ECM outing, Metheny opts for pure expanse over density. While his first three projects found him fronting equally captivating support, here we see the Missouri native charting heretofore-unrecorded autobiographical depths that remain as resonant as they ever were.

New Chautauqua is bookended by two travel diaries. The title opener cracks like a morning egg onto a sizzling griddle. Here, as throughout, we find an entire desert compressed into a single grain of sand, needing only the microscope of Metheny’s meticulous syncopations to make our way through its staggering terrain. At the far end of the tunnel is new life lit by “Daybreak.” Additional guitars and bass ooze with optimism in this divided smile, holding fast to the idea of—but never the physical need for—a destination.

Along the way, we encounter a string of contemplative rest stops, each the trail marker of a limpid night. Every verse of “Country Poem” makes for a fitting prelude to the diptych of “Long-Ago Child/Fallen Star,” in which the 15-string harp guitar dialogues with an open slide in the lead. Such delicacy can only be drawn in negative space, using pigments of regret and joy in equal measure. A heavy pause inhales deeply before expelling its acoustic splendor, hovering over arpeggiated flowers like a silent and thoughtful bee whose days are numbered, but whose memory lives on through a psychological pollen of sorts that cross-fertilizes vaster, less visible pastures. “Hermitage” might as well be the album’s title, so thoughtful are its steps, each a point along a circle of plot and resolution. Yet the needle in the New Chautauqua haystack is “Sueño Con Mexico.” Threaded by an acoustic ostinato, around which Metheny gilds ornamental embraces, its unyielding grace never fails to unhinge. It has the entire world’s natural cycles in its purview, turning as might an eddy in an April stream.

Metheny’s is a highly refined world that is as loose as it is exacting, written in the kind of polished script that can only come from a musical path forged through love of communication. Among decades of varied output, this stands as one of his most vivid sonic postcards for the yet-to-be.