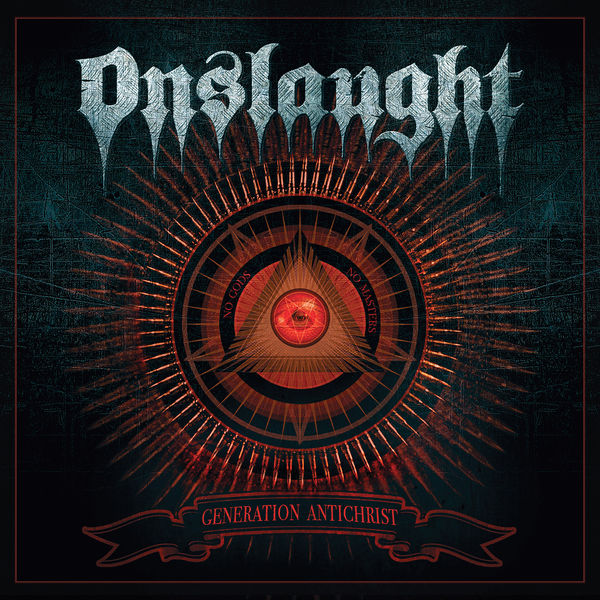 It really doesn’t matter how many mainstream chatterers want metal to “move forward”: subgenres as resilient as thrash will never disappear or lose their relevance, particularly when so many of its original progenitors are still releasing albums as monstrous as this. ONSLAUGHT have already amassed a near-immaculate catalogue. If you don’t regularly injure yourself to 1985’s “Power from Hell” or ’86’s “The Force”, then you’re simply not doing thrash (or indeed black) metal properly. Additionally, the band’s post-reformation releases (“Killing Peace”, “Sounds of Violence” and “VI”), have each been world-class demonstrations of timeless brutality. Even the oft-maligned “In Search Of Sanity” is a guaranteed good time, so it seems safe to say that ONSLAUGHT approach their seventh full-length with plenty of discerning metalheads willing them on. The departure of beastly, long-time vocalist Sy Keeler may have provoked a few whimpers of dread along the way, but “Generation Antichrist” dismantles any such doubts within its opening seconds, as new vocalist David Garnett announces his arrival with the kind of ferocity and charisma that can’t be faked. Oh, and a voice that will slice the top of your head off