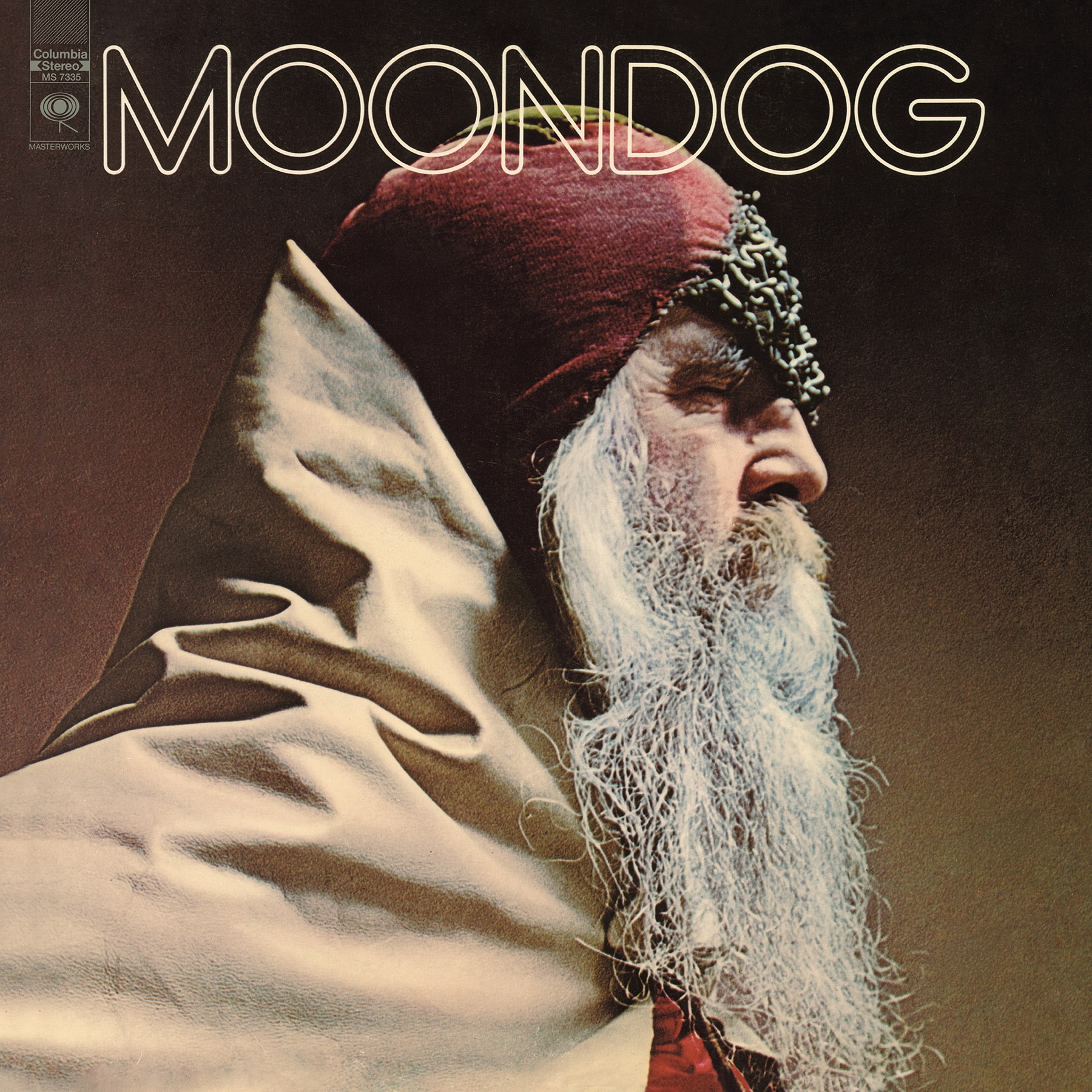 Moondog’s second self-titled album (the first one came out in 1956 on the independent jazz label Prestige) was the idiosyncratic composer’s first release in 12 years, and it shows how much Moondog’s already rich music had matured since 1957’s The Story of Moondog. Where Moondog’s ’50s records were jazz-based, Moondog showcases the composer’s orchestral side; producer James William Guercio assembled an orchestra of over 40 musicians from the classical and jazz worlds (including flutist Hubert Laws and bassist Ron Carter), and although the pieces are quite compact — ranging from the expansive three-part ballet suite “Witch of Endor” to the eight-second spoken poem “Cuplet” — Moondog uses the expanded range of tonal colors and dynamics impressively. For someone who spent most of his career performing solo on a street corner in Manhattan, Moondog’s arrangements on pieces like the jazz-canon’s “Stamping Ground” are not only admirably complex, but also richly melodic. Although Moondog is often thought of as a mere exotica novelty, thanks to the composer’s eccentricities, it is, in fact, one of the finest third stream jazz albums of its era. The best-known track on this album, “Bird’s Lament,” was the uncredited basis for dance DJ Mr. Scruff’s “Get a Move On,” which was used in an extended series of minivan commercials in 2002. – Stewart Mason