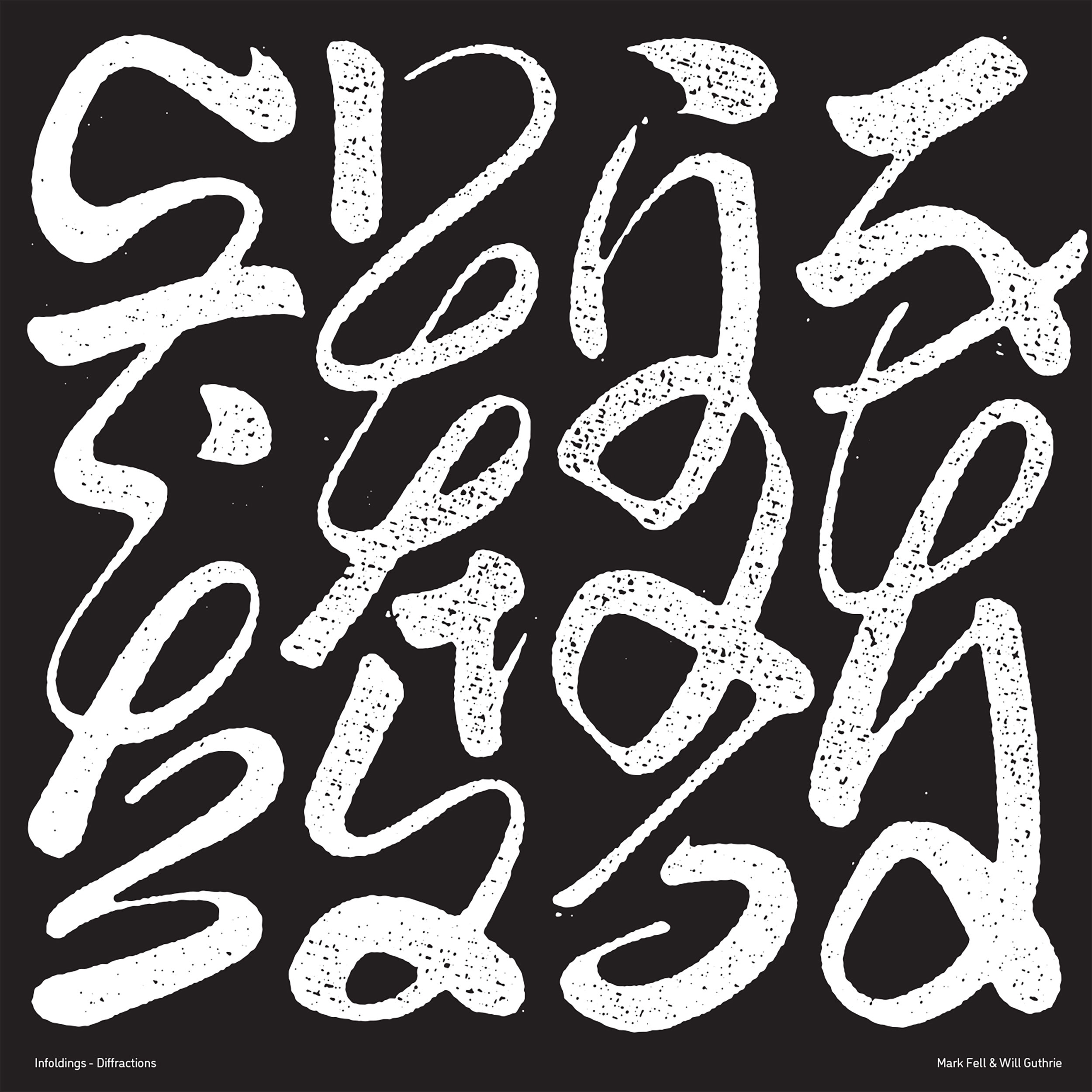 Infoldings / Diffractions combines synthesis and sinew in unpredictable, pointillist arrangements where Guthrie plays against patterns derived from Max MSP patches by Fell. The album’s four longform tracks are in this sense different to the man-machine concept of Fell’s acclaimed ‘Intra’ album, where he triggered performances by Portugal’s Drumming Grupo De Percussão to play a metallophone designed by Iannis Xenakis. Here, the pair find common/contrasting purpose in a probing of rhythmic signatures, with groundbreaking, unusual results.

Recorded at HFG, Karlsruhe (where Fell is guest professor), and finished later in respective isolation, the pieces were edited from iterations of call-and-response between Fell’s rhythmic patterns and Guthrie’s overdubs. They effectively propose beguiling and convincing solutions to electronic music’s problems with grid-lock, using illusive generative processing that appears to make physical actions seem unfeasibly effortless, while melting the computer’s clock to a real-time, free-hand syncopation.

Taking the influence of gamelan and fusing it with the heaving computer music that Fell has obsessively picked-at over the last four decades, the duo here zoom into a sound that’s almost effortlessly engaging; each piece is almost twenty minutes in length but they shift and mutate into polyrhythmic outer-realms and eerie universes of microtonality that are hard to fathom in one sitting.

There are trace echoes of free jazz hanging from the rafters, the post-everything chatter of Humcrush and Food drummer Thomas Strønen’s mind-expanding solo material or even Autechre at their most confounding. The genius here is that just when you convince yourself that this music could only possibly have been generated by a computer, Guthrie’s unmistakably human flex edges into focus – playing with your perception – your expectations – in the most bold, innovative way imaginable.

In all, it’s one of the most liquid, forward iterations of computer music you’ll likely hear this – or any other – year.