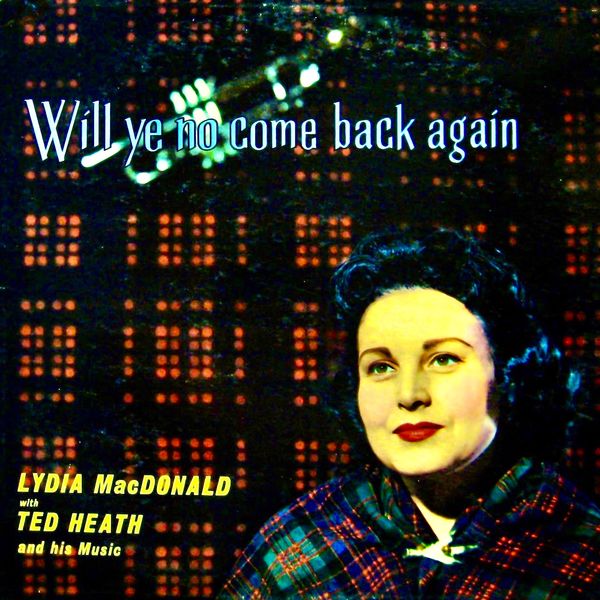 Lydia Macdonald was a vocalist who specialised in film soundtrack work for the Italian film industry between the 1950s and 1970s [2]. She was born in Edinburgh, Scotland, in 1923. Her father was Italian and had migrated to Scotland where he met his wife. Lydia studied and played the piano at her school St George’s in Edinburgh. In 1939, when she was 15, her father took the family on their first overseas holiday to Italy to meet their relatives. The timing turned out to be fateful as World War 2 was declared shortly after their arrival in Rome. Lydia’s father was advised by friends in Edinburgh not to return home as he would be likely to be interned. So the family remained in Rome for the duration of the War with Lydia and her sister completing their education at Marymount International school in Rome. During this time Lydia took lessons in operatic singing which she enjoyed although her primary enthusiasm was for jazz. After leaving school in 1942, Lydia struck up friendships with a number of young Italian music lovers who shared her passion for jazz. These included Piero Piccioni and Armando Trovajoli, to name but two. It was during this time that she began to sing informally with Piccioni’s Orchestra 013 [3]. Then when Rome was liberated by the allies in 1944, Lydia broadcast both on the British and American Forces Networks. As a result of this, when Frank Sinatra performed in Rome for the troops in 1944, Lydia was invited to attend the concert and subsequently joined Sinatra on a sightseeing jeep tour of the city. He had heard her singing on the American Forces network and complimented her on her ability and encouraged her to develop her singing career.

As soon as the War was over, Lydia and the family returned home to Scotland where she sang with local bands in Edinburgh. Her singing came to the attention of the famous British bandleader Ted Heath who auditioned and recruited her as his first female vocalist. This was notable as she thereby became one of the first female popular vocalists to sing before mass audiences [4]. During the period between 1946 and 1949, she toured extensively throughout the UK with the band, performing in many major concert and dancehall venues. However, she found the touring life exhausting and after a couple of years left the band on good terms to return to Edinburgh. Fate played a part again as her mother was in poor health and had been advised by doctors to move if possible to a warmer climate. In those days, of course there was no central heating in the family home, so the decision was made for Lydia to accompany her mother to Rome where in 1950 they rented an apartment. This greatly benefited her mother’s health but it also enabled Lydia to reconnect with the musician friends she had made during the War years [5]. Soon she found herself in demand to contribute to the blossoming Italian film industry. Her ability to sing in Italian as well as English led to her establishing herself as singer of “international stature”, according to Italian music historian Arrigo Zoli quoted in the book Il Canto Nero [6].She worked on films produced and directed by some of the iconic figures of the blossoming 20th Century post-War Italian film industry, collaborating with the leading Italian arrangers and composers of the day, including especially Piero Piccioni but also Ennio Morricone, Piero Umiliani, Armando Trovajoli and numerous others [7]. As has been documented elsewhere (eg the biographical article in Shindig magazine referenced throughout), this was also notable for its cultural significance. The 20th Century saw large numbers of Italian immigrants moving to Scotland (and other parts of the UK) where they quickly made great artistic and other contributions to the nation. By contrast, there was minimal movement the other way so Lydia’s move from Scotland to Italy is all the more significant for that .As well as her vocal contributions, she also composed and wrote the English lyrics to a number of songs. In addition to film work, she also appeared periodically on Italian TV such as RAI’s Volubile 1961, and also broadcast on the radio on programmes such as RAI’s La Vedetta della Settima. She remained in demand throughout the 1950s, 1960s and early 1970s at which point she retired and returned to Edinburgh where she remained until she passed away in 1998.