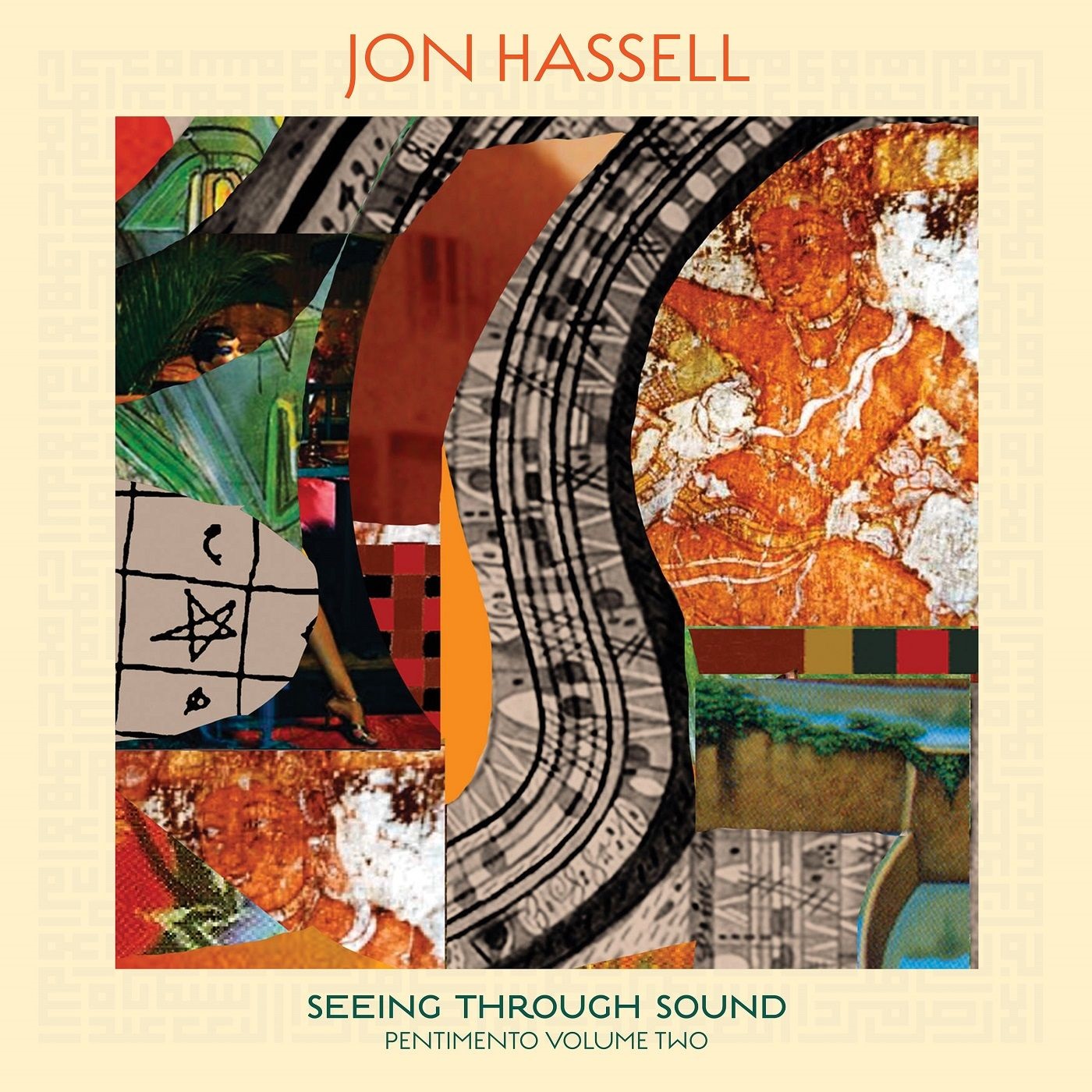 A companion piece to 2018’s Listening To Pictures, this second volume in the pentimento series presents eight new tracks by the music visionary, continuing his lifelong exploration of the possibilities of recombination and musical gene-splicing. Pentimento is defined as the “reappearance in a painting of earlier images, forms, or strokes that have been changed and painted over” and this is evident in the innovative production style that ‘paints with sound’ using overlapping nuances to create an undefinable and intoxicating new palette.

In classic Hassell fashion, the title can be interpreted in a myriad of ways, but perhaps the most pertinent at the moment is the human instinct to sing and play through a rain of difficulties. A future blues of indeterminate and ever-shifting shape. The album is buffered by two 8-minute plus epics at the beginning and the end – the hypnotic “Fearless” with it’s metronomic, almost Can-like rhythm, and blurry, noir-ish texture of sound emerging like car headlights from the fog; mirrored at the end of the record by the beautiful sci-fi lullaby of “Timeless”, a track with a gaseous, billowing quality as electronic clicks and bubbles float over a landscape of shimmering, glacially paced complexity. The bridge between those two worlds is no less compelling, from the frantic, spidery IDM sketch of “Reykjavik” to the collapsed-time ballad of “Unknown Wish”. Whilst containing seeds of classic ‘fourth world’ fusion, this record finds the artist still questing to create new forms and mutations of music, a thrilling window into what music could sound like in a world to come.