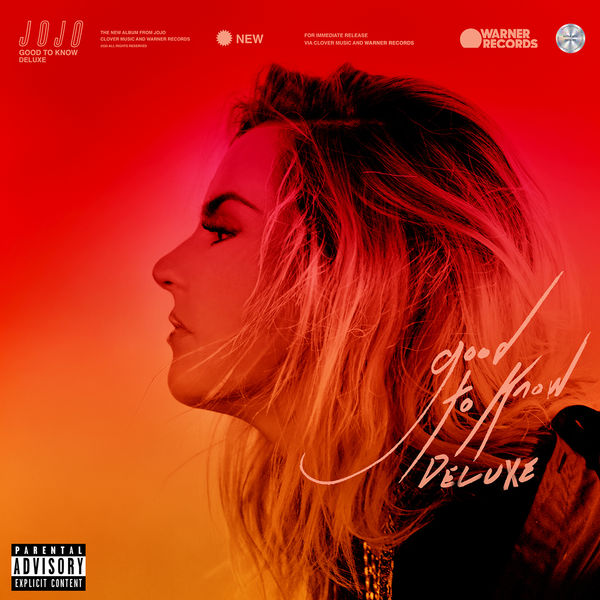 JoJo explains, “The silver lining to my quarantine was being able to work on and record these new records. It also allowed me the opportunity to collaborate with Demi Lovato and Tinashe. Both women are talented, smart, resilient, bold, and beautiful. Really happy they jumped on these songs and elevated them to another level.”

good to know – featuring empowering single “Man” and the steamy fan-favorite “Comeback” – made its debut at #1 on the Billboard R&B Albums Chart and has earned global accolades from the likes of Vulture, NPR, TIME, Variety, NYLON, Rolling Stone, and The FADER, with Associated Press proclaiming “good to know is more than good. It’s grand.” Earlier this summer, JoJo released good to know (Acoustic), featuring nine acoustic versions of tracks off the critically-acclaimed album, and most recently collaborated with DJ/producer Y2K on “Damage Is Done.”

JoJo [born Joanna Levesque] is a chart-topping, award-winning singer, songwriter, and actress who, at 29 years old, is already a veteran of the music industry. At just 13, JoJo burst onto the scene with her self-title debut album, whose breakout smash “Leave (Get Out)” made her the youngest-ever solo artist to have a debut #1 single in the U.S. JoJo went on to sell over four million copies and became the singer’s first Platinum record, which she followed with a string of additional hits, including the Top 3 single “Too Little Too Late.” In 2016, following 10 years of legal battles with her former label that prevented her from releasing new music, JoJo returned with Mad Love. – debuting Top 10 on the Billboard Top 200. In 2018, JoJo re-recorded and re-released her first two albums (JoJo and The High Road) under her own label Clover Music. She has also recently collaborated with artists ranging from PJ Morton [on the GRAMMY Award-winning R&B hit “Say So”] and Jacob Collier [lending her vocal stylings to the jazzy “It Don’t Matter”] to Tank on “Somebody Else.”