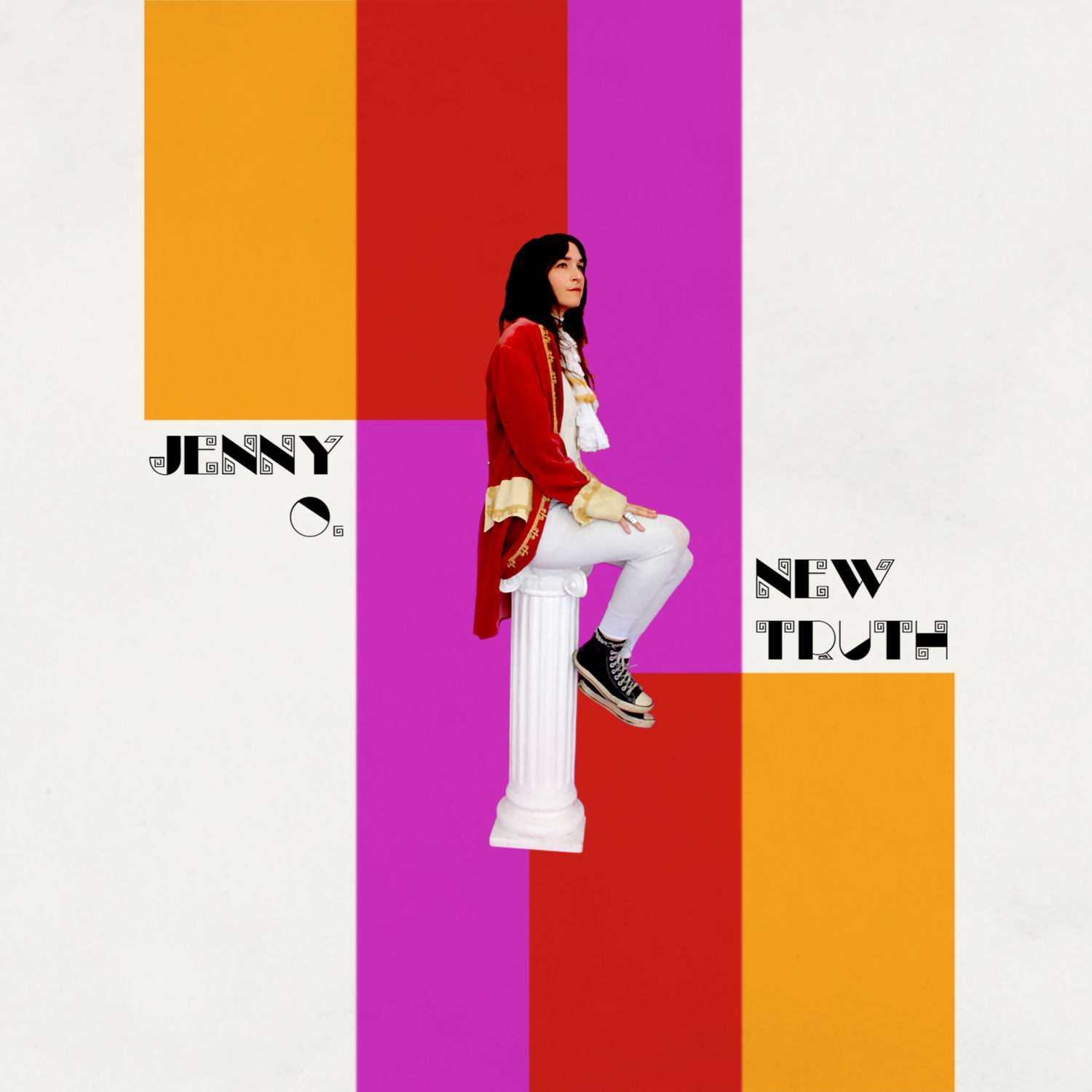 New Truth’s production is only a slight departure from her last two albums, both produced by Jonathan Wilson, but there is an unmistakable progression in personal growth and energy. For this record, Jenny wanted to channel the overdubbed freedom of her earlier, more homespun recordings. She enlisted the help of Kevin Ratterman (My Morning Jacket, White Reaper, Strand of Oaks) who produced, mixed, mastered and played on the album at his Los Angeles studio Invisible Creature. Once the instruments were recorded, Ratterman set up a microphone at Jenny’s home, giving her the freedom to build her signature vocal harmonies on her own. The album is performed mostly by Jenny and Kevin. Other players on New Truth include bassist Rachel Goodrich and drummer Josh Adams (Jenny Lewis, Bedouine, Devendra Banhart).

The album is as vivid a gradient as the L.A. skyline at dusk. Ethereal with an edge, New Truth shapeshifts from atmospheric sunshine pop to grungy psychedelia. Each song has its own charm; the listlessly funny, Lennon-esque I Don’t Want To Live Alone Anymore is an accidental quarantine anthem for the lonesome. The melancholy What About That Day and Old Habits glow with rich harmonies–both delicate, universal accounts of stumbling along the way. Not My Guy is an intrepid, guitar-driven anthem of self knowledge. Psychedelic Love, a groovy manifestation of personal desire, stands as a triumph for an artist who, despite losing half of her hearing, has clearly expanded her sound and vision.