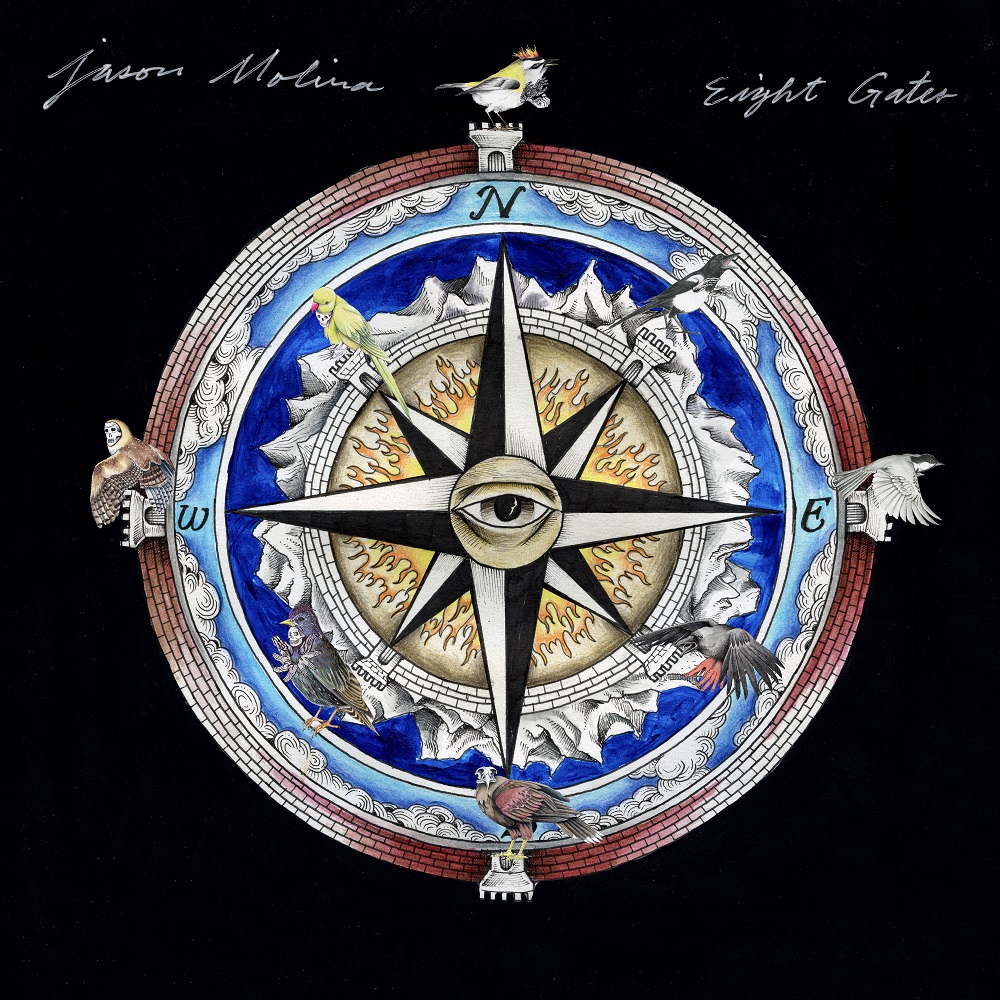 Sometime in 2006 or 2007, Jason Molina moved from the midwest to London. Separated from his bandmates and friends and never one for idleness, Molina explored his new home with fervor. Sometimes he’d head out on foot, often with no destination in mind. Other times, he’d pick a random tube stop and find his way back home. He’d pick up on arcane trivia about London’s rich history, and if the historical factoids weren’t available — or weren’t quite to his liking — Molina was quite comfortable conjuring his own history. His adoration of The Great American Tall Tales like John Henry and Paul Bunyan’s blue ox Babe stretched across the Atlantic, where he created his own personal Tall Tales. And when he learned of the London Wall’s seven gates (itself a misconception), Molina went ahead and called it eight, carving out a gate just for himself. The eighth gate was Molina’s way into London, a gate only passable in the mind.

Eight Gates is the last collection of solo studio recordings Molina made before he passed from complications related to alcoholism in 2013. Recorded in London around the time of the supposed spider bite and Jimi’s supposed parakeets, some of the songs (Whispered Away, Thistle Blue) are fully-realized — dark, moody textures that call to mind his earlier work on The Lioness. Knowing what we know about those parakeets and their peppered presence on the recordings, one can’t help but think of that colorful tree of birds on Talk Talk’s classic Laughing Stock, certainly a spiritual guide for much of the set. Other songs (She Says, The Crossroads and The Emptiness) lay in a more unfinished states, acoustic takes that call to mind Molina’s Let Me Go Let Me Go Let Me Go, and still tethered to Molina’s humorous studio banter. You remember how young Molina was, and how weighty this art was for such a young man. On the closer, The Crossroads and The Emptiness, Molina snaps at the engineer before tearing into a song in which he sings of his birthday (December 30), a palm reading and the great emptiness with which he always wrestled. It is a perfect closer and, in many ways, the eighth gate incarnate: mythical, passable only in the mind, built for himself and partway imaginary but shared, thankfully, with us.