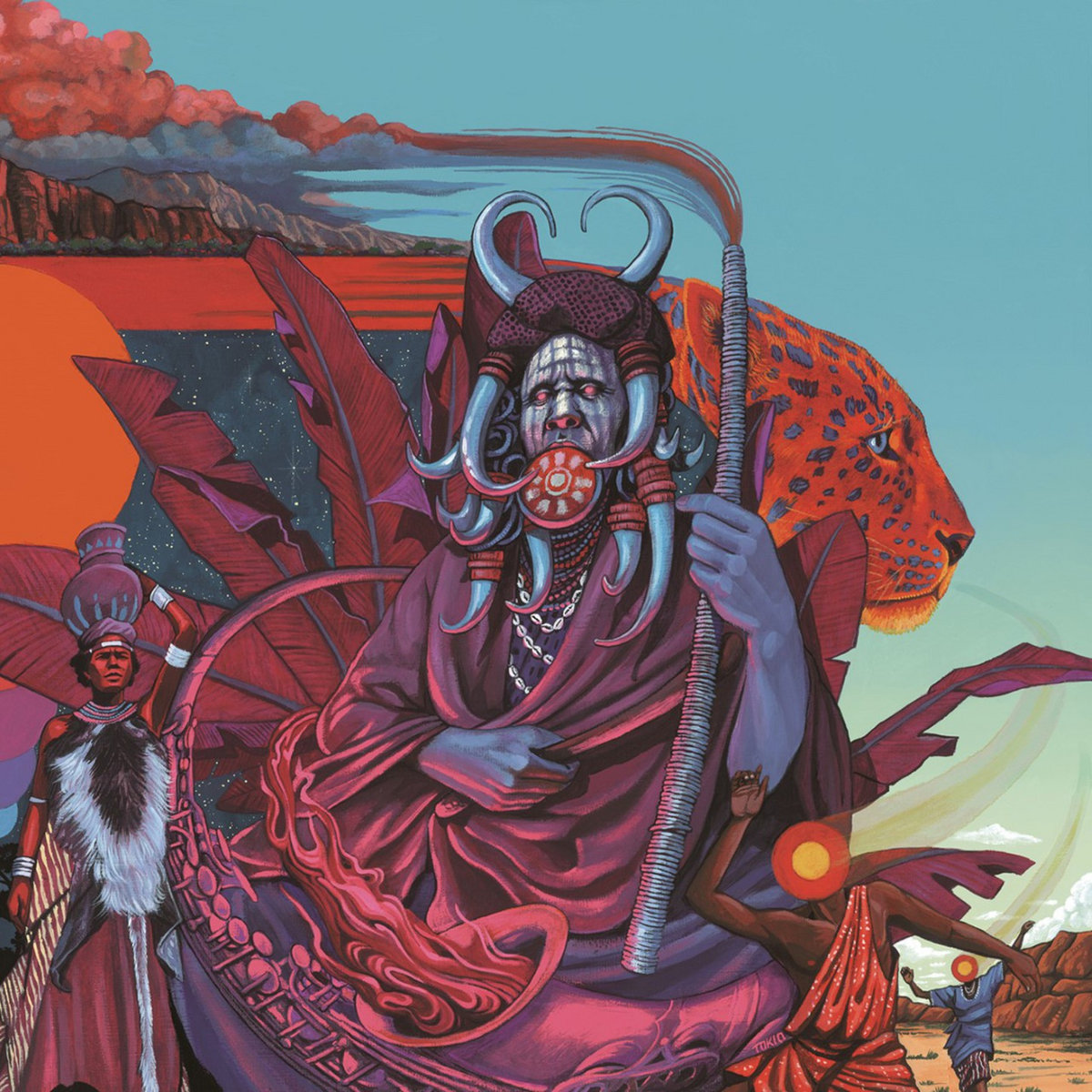 Influential jazz collective Idris Ackamoor and The Pyramids return with an epic new opus, ‘Shaman!’, featuring a fresh line-up including original 1970s Pyramids member Dr. Margaux Simmons on flute, Bobby Cobb on guitar, long-term associate Sandra Poindexter on violin, Ruben Ramos on bass, Gioele Pagliaccia on drums and Jack Yglesias on percussion. The band transitions from the political and social commentaries of 2018’s acclaimed ‘An Angel Fell’ into more introspective themes. “I wanted to use this album to touch on some of the issues that we all face as individuals in the inner space of our souls and our conscience,” explains Ackamoor. “The album unfolds over four Acts with personal musical statements about love and loss, mortality, the afterlife, family and salvation.”

Evolving around Ackamoor’s intricate compositions, the album takes us effortlessly across moods and emotions through a series of expansive, extended pieces. Starting with ritual, soul-searching, and masculine vulnerability on the title track, the band explores timeless existence on ‘Eternity’ and mourns the sudden loss of loved ones in the prescient ‘When Will I See You Again?’, a track which gains new relevance amidst the current COVID-19 crisis. Ackamoor pays tribute to his mentor Cecil Taylor on the angular ‘Theme For Cecil’ and renders homage to the ancestors on ‘Salvation’ and ‘The Last Slave Ship’, recalling the last ship to bring slaves to the US from Africa, the Clotilda. The superb ‘Virgin’ is an anthem of forgiveness, new beginnings and self-healing.

‘Shaman!’ marks another significant landmark in The Pyramids’ discography with the band at the peak of their powers. It is produced by Malcolm Catto at his analogue HQ, Quatermass Studio, in London. Cover artwork features an exclusive new painting by Japanese artist Tokio Aoyama.

Idris Ackamoor & The Pyramids all have long histories prior to the groups initial formation in Yellow Springs, Ohio in 1972. The inspired playing of the lead saxophonist and Margo Simmons’ flute, as well as the Pyramids’ libertarian grooves, detail the freedom and unification of black people. With their American afro-jazz roots and support since the beginning from poet and pianist (and pioneer of free-jazz) Cecil Taylor, to whom they pay homage in Theme for Cecil, the group champions a joyous Pan-Africanism. With timeless jazz, Funk Noir and a nod towards Fela Afrobeat (Shaman !), an allusion to Ethio-Jazz (Eternity), and a mention of the Dogon people (Dogon Mysteries), their music traverses oceans and consciousness with serenity. Separated for thirty-five years, they resumed their mission in 2012. Shaman ! is the third episode since their rebirth and, as shown in The Last Slave Ship which addresses ancestors present on the last ship which brought slaves to the United States from Africa, their message hasn’t changed. Their quest for identity translates into a music that is eternally current, frank and melodious, nostalgic and joyous, but always free and liberating. – Benjamin MiNiMuM