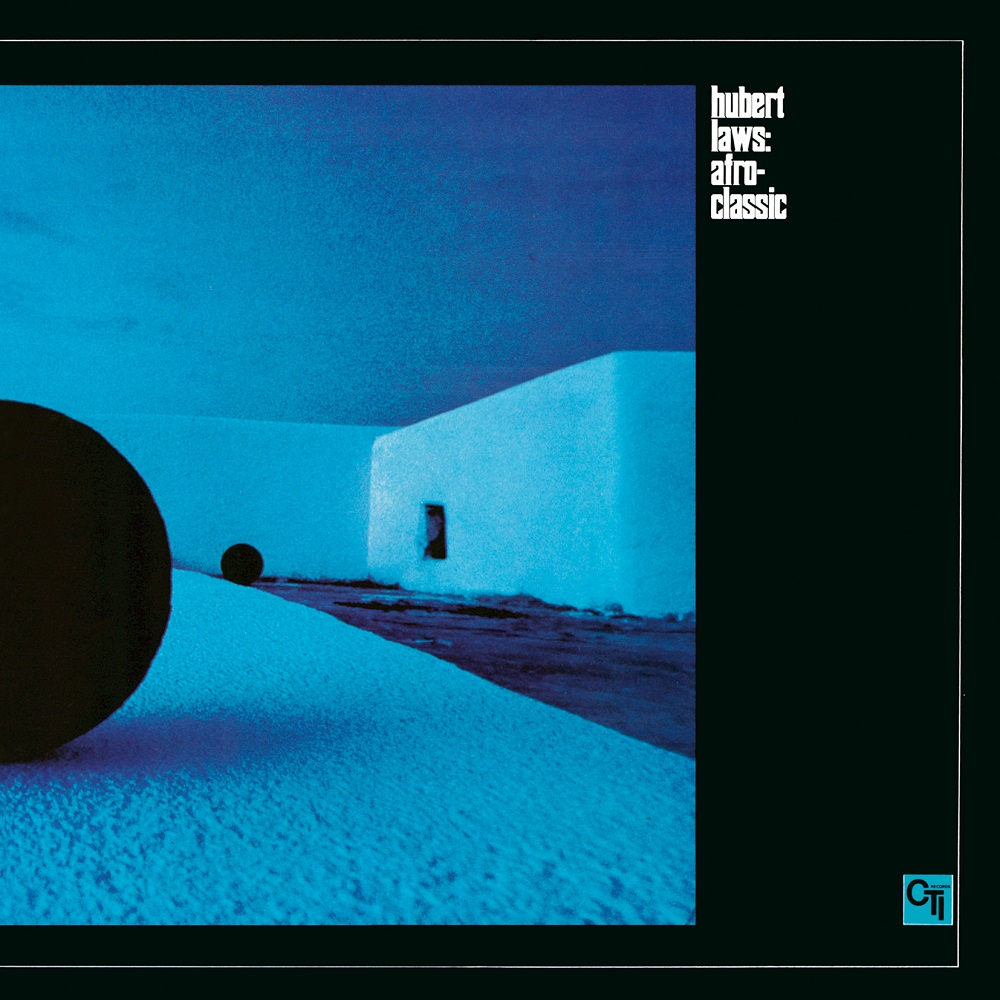 Universally regarded as the most accomplished flautist in jazz, Hubert Laws has done much more than build a bridge between jazz and classical music; he has melded his diverse influences seamlessly with a fully singular approach. Afro-Classic includes brilliant interpretations of Bach, Mozart and James Taylor plus a gorgeous version of Theme from Love Story. This timeless classic by the genre-busting poll-winning flautist features Bob James, Ron Carter, and incredible arrangements by Don Sebesky.

Issued in 1971 as his second album for Creed Taylor’s CTI label, Hubert Laws’ Afro-Classic is a classic for the manner in which Laws, with brilliant assistance from arranger Don Sebesky, melded the jazz and classical worlds – not to mention pop – into a seamless whole. Laws was the first artist signed to Taylor’s imprint. His debut for the label, Crying Song, won critical notice, but it was Afro-Classic that established a new role for the flute in contemporary jazz. Herbie Mann may have been the first, but Laws explored jazz and all the sound worlds that informed it – especially in the electric domain – with the kind of grace and innovative vision that made him a mainstay. Sebesky was deeply enamored of Laws’ classical training, and his ability to swing – check out his playing on Quincy Jones’ “Killer Joe” for early evidence. The players assembled for the session included Bob James (himself classically trained and a graduate of the University of Michigan’s music school) on electric piano, bassist Ron Carter, guitarist Gene Bertoncini, drummer Fred Waits, vibraphonist David Friedman, bassoonist Fred Alston, Jr., and percussionists Airto Moreira and Pablo Landrum. The program included James Taylor’s hit “Fire and Rain,” “Theme from Love Story” by Francis Lai, a pair of Bach pieces, including the stunning Passacaglia in C Minor, and Mozart’s Flute Sonata in F. While the gentle version of “Fire and Rain” proves moving and subtle, and engages the ensemble as a chamber jazz group, it is with Bach’s Allegro from Concerto No. 3 in D that the true revelation takes place. Sebesky arranges in a painterly manner, illustrating the tune with bassoon and vibes with Laws’ flute floating through the melody. This is a chamber reading for the piece that not only maintains its integrity but showcases a different side that is revelatory. The liberties taken with the Passacaglia, however, are revolutionary, beginning with Carter’s bass, slowly and purposefully illustrating the theme as James’ Fender Rhodes enters in double “p.” When Laws enters with the haunting, mournful melody, he does so with Bertoncini’s guitar playing in muted tones followed by the electrified vibes of Friedman and then Alston’s bassoon. Near the three-minute mark, Sebesky opens the arrangement for a vibes solo underscored by guitar and Rhodes, and at the five-minute mark the theme is restated. But it is no longer simply a classical tune; it begins to swing with Latin, blues, and jazz undertones. When Laws finally takes his solo, the tune simply grooves its way through to the end – with subtle sound effects that Brian Eno would be envious of because he hadn’t thought of them yet. It’s stunning. The Mozart piece is pretty, but compared to what preceded it, it feels just a tad quaint. – (Thom Jurek, AllMusic Review)