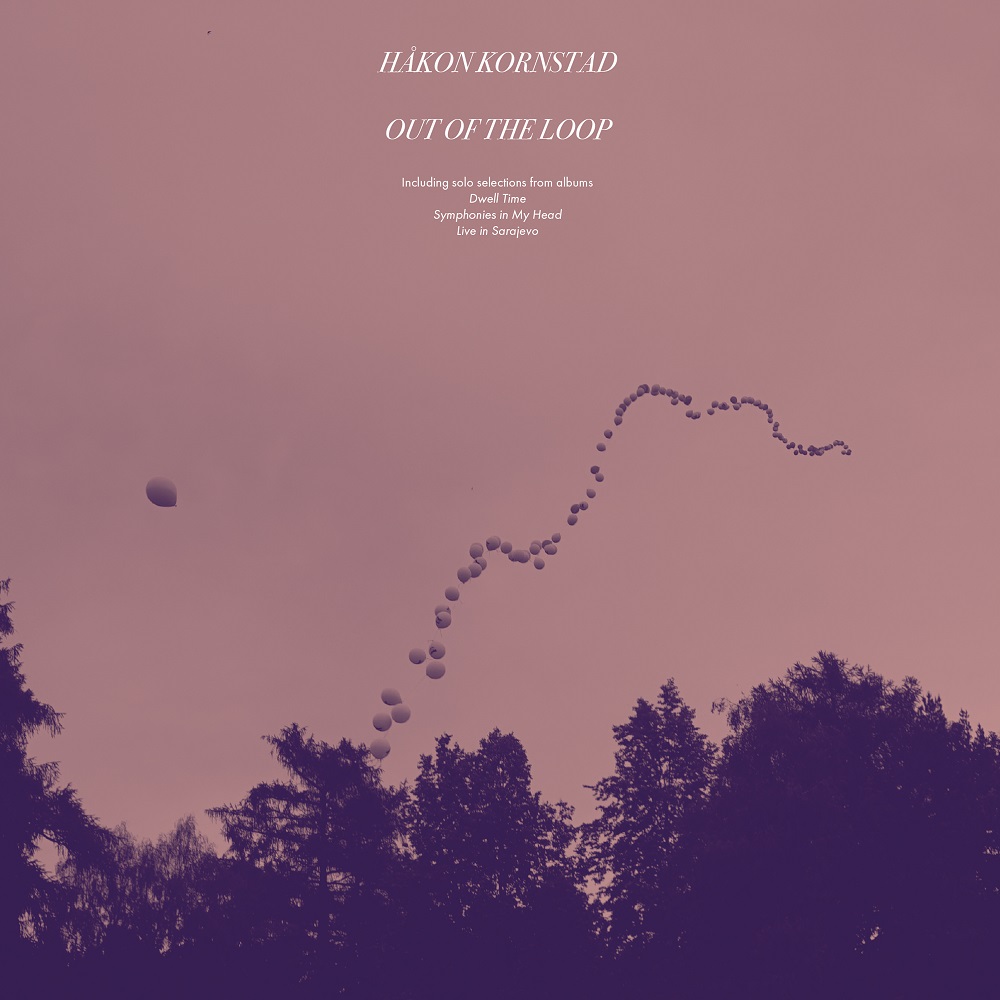 Håkon Kornstad, a shining jewel in the Jazzland roster, brings his unique skillset to the fore on “Out of the Loop”. Recorded during the 2020 pandemic lockdown in Sofienberg Church in Oslo, the album carries the listener through many textures across its tracks, often sounding electronically created – yet all sounds are generated by saxophone, or are provided by Håkon’s rich tenor voice. The Flutonette – essentially a flute with a saxophone reed mouthpiece – also makes appearances, further diversifying the sonic palette, as does the kalimba.

The opening of “Waking Arp” (a pun on “Waking up”) carries a haunting yet postive vibe, and sets the cool tone for the album as a whole. The looping figures Kornstad creates are not only hooks to ground the compositions, but carefully constructed springboards for harmonic variation, layered counterpoints, and improvisations. While seemingly simple, the accumulative parts are woven together seamlessly, allowing extended improvisations as on “Petrus” (a swaggering groove through the atmospheric end of the jazz spectrum) and “Nakai” (a track that evolves in unexpected, but wholly satisfying ways).

The album also contains homages to some of Kornstad’s inspirations. The first is “Dewey Number”, a sparse, but gradually blooming tribute to Dewey Redman (the saxophonist, noted for his work with Ornette Coleman and Keith Jarrett). It is both melancholic and celebratory, with some astounding sonic morphing of the saxophone so that, by the end, it sounds like a duet between sax and bowed double bass. The second homage is “Sibelius”, and draws inspiration from the Finnish composer’s “Demanten på Marssnön (Op. 36)” – the title translates as “The Diamond on the March Snow”. Showcasing both Kornstad’s ability as a tenor singer, and his exceptional skill and creativity in conjuring perfect settings for that voice, the piece is a beautiful, almost ambient chamber song.

By contrast, “Bremen” (named for the city) is a shuffling slice of coolness, again sounding as though there is a bassist in the mix (no – still just Håkon and his sax). “A Movie That Never Was” closes out the new material with a harmonically rich, slightly melancholic serving of a noir jazz that gradually dissipates like a disturbed flock of birds.

The second disc of this special edition double vinyl features a highly anticipated reissue of material from Kornstad’s previous albums, “Dwell Time”, “Symphonies in my Head” and “Live in Sarajevo”, first time on vinyl. These tracks span a timeline of ten years, and demonstrate how Kornstad’s approaches to looping have grown and matured. Perhaps the most striking example of Kornstad’s growth as a player is the album closer, “Sweden”, complete with extended introduction and a greater willingness to stray from the original compositional elements and quote from unlikely sources.

“Out of the Loop” offers us a record of a musician-singer-composer who is clearly in a golden period of productivity and development in his career, a fact all the more surprising considering the time during which much of it was composed and all of it was recorded. The album’s title not only puns on Kornstad’s use of looping electronics, but offers the listener a chance to stop the world and get off it for a while in a warm, friendly space, filled with the joy of musical exploration.