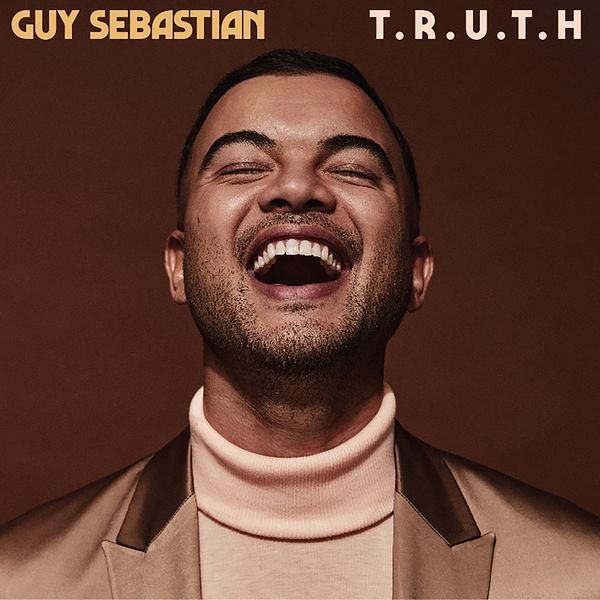 “T.R.U.T.H.” is the ninth studio album from Australian singer-songwriter Guy Sebastian a man who has a wealth of hit singles in his home nation including a slew of hits already from this album dating back to 2018. The run of singles kicked off with “Before I Go”, the opening track from the album and one that sets this up for an album which sees Sebastian dig deep into his own life.

The singer, a regular coach on The Voice Australia, has described the album as “something that was about my life, the things that I’ve been through and my truths”. This couldn’t be more clearer than on the opening track which sees Sebastian promising “you’ll know my name before I go”. He’s not wrong though because, as the album progresses, you realise what a huge star Sebastian is. He’s got a stunning voice, a wonderful range and the songs are just massive. There is an gospel feel to tracks like “Believer” and “Choir”, and, you can easily picture arenas full of fans singing along to to the latter. Elsewhere on the album, recent single “Standing With You” is an emotion-wringing journey into the world of mental health while “I’m Your Man” is a gentle slice of modern pop.

Given the range of talents in his bag, it’s no surprise that “T.R.U.T.H” is an album packed with quality moments. In fact, it would be fair to say that there isn’t as much as a single duffer on this twelve track album. Each track offers up something different, from the huge epic tracks like “Choir” to the gentler moments like “Standing With You” to the sassy pop swingers like “Before I Go” but each one has just as much quality as the last. The album ends with “Who I Love” another soaring, massive slice of pop from the Aussie favourite. While it would be easy to laugh off his claim made during “Before I Go” by the end, you’ll be nodding along thinking ain’t that the T.R.U.T.H?