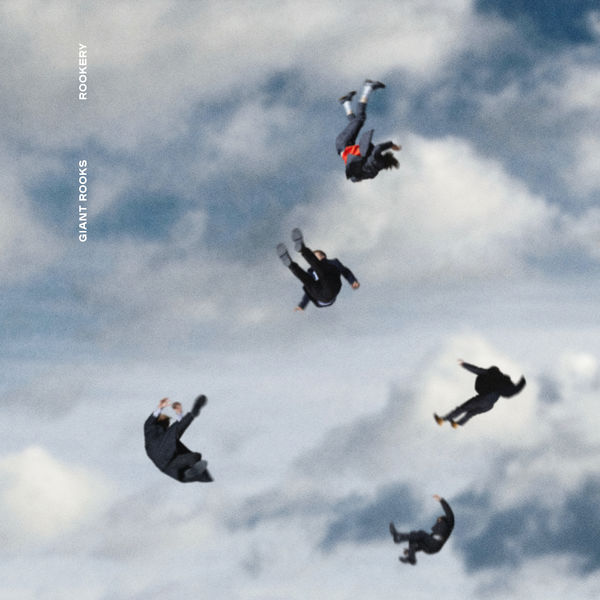 Five years after their first EP, Giant Rooks will release their long-awaited debut “ROOKERY” on August 28th, 2020. To complete their perfect debut, they will perform their album live on release day and share it with the whole world via zart.tv. For this world premiere, the band will create their own space where reality mixes with augmented reality to give the audience a new experience as close as possible to a real concert. The recording of the show with several high-quality cameras will have extended live features from the „ROOKERY” universe.

Last year the band released their acclaimed EP, ‘Wild Stare’ which has already raked up over 50 million combined streams and cemented their status as ones to watch.

As well as releasing more new music, in 2020 the band will be hitting the road and bringing their sophisticated pop sound to stages across the continent, including 3 special headline shows in Brighton, London and Manchester. This mini-tour follows their sold out 2019 run of dates in the UK (including a sold out show at Hoxton Bar & Grill, now Colours) as well as their storming sets at the Great Escape, Y Not Festival, Kendall Calling and Neighbourhood Festival.

As if this wasn’t enough, they’re already starting to pick up awards despite not having released an album yet. Having previously received their home countries prestigious Pop Award, in November of 2019 they received another major German music award, the coveted 1-Live Krone. With more music and a stacked tour schedule, 2020 is set to be the year of Giant Rooks.