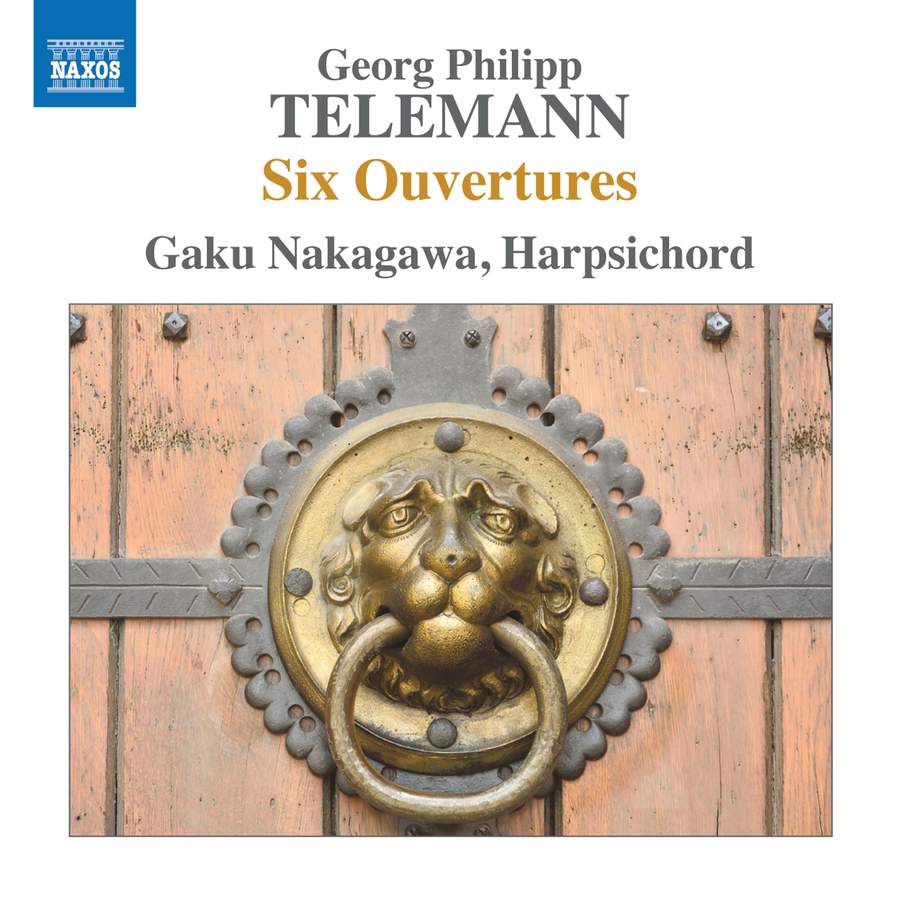 Telemann was among the most admired and prolific of composers and his compositions encompass virtually all genres and instrumentations known in his lifetime. The ‘Six Ouvertures,’ strangely neglected for many years, reveal his inventive and imaginative writing for solo harpsichord. They contain elements that suggest an amalgam of French and Italianate influences, whether ‘ouverture-suite’ or three-movement concerto or sonata. Also evident, in the central movements, is Telemann’s preference for Polish folk music, of whose ‘true barbaric beauty’ he was an ardent admirer. Gaku Nakagawa was born in 1993 in Japan. He began playing piano at the age of four, and in 2012 entered the University of Tokyo to study philosophy. Without ever having a harpsichord lesson, he became the first prize winner of the 27th YAMANASHI, Japan, international competition for early music in 2014.

Actually, these six Overtures by Telemann, published a touch before 1750, are sonatas for harpsichord, each one written in three movements. The first is a sort of overture, generally in the French style, but with dotted rhythms and a somewhat bombastic tone – “I am a great Partisan of French Music”, as the composer wrote to Mattheson – and the second is an almost sombre reflection on Polish music, of a “barbaric beauty”, as Telemann wrote, recalling his travels to Krakow. The final movements regain a lighthearted tone, borrowed from the Italian spirit. Real European sonatas, as it were! And it is a… Japanese harpsichord player, Gaku Nakagawa (born 1993) for whom these little pearls make up a début album: judging from his exploration of these very rare repertoires, it seems that he is one to watch for harpsichord aficionados and Telemannophiles.