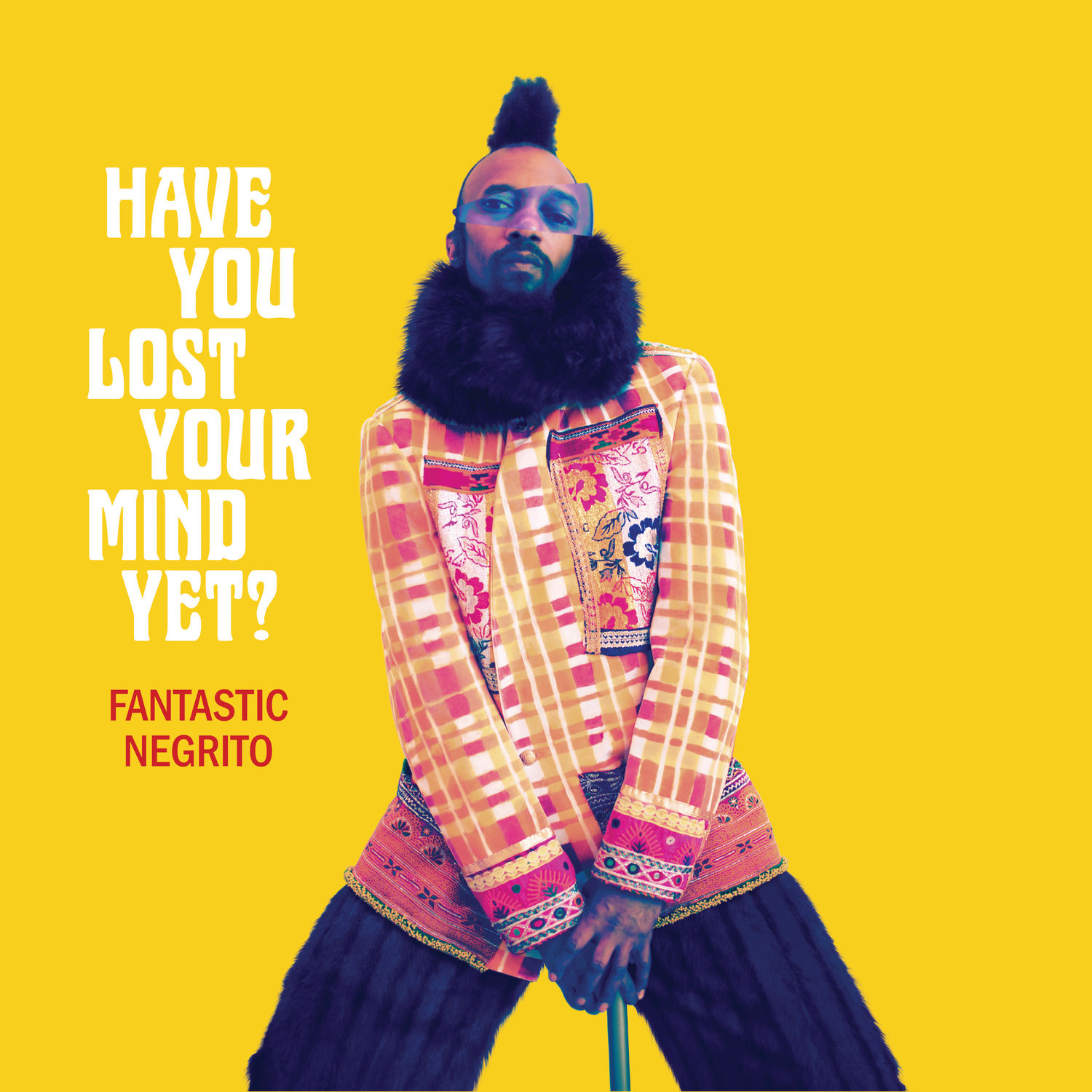 Although Fantastic Negrito’s first two albums, The Last Days of Oakland (2016) and Please Don’t Be Dead (2018) won Grammys in the “Best Contemporary Blues” category, the blues have steadily become a lesser flavor in the dynamic, iridescent blend that is his quest to be truly fantastic. Where he once channeled Jack White or Dan Auerbach, Xavier Dphrepaulezz aka Fantastic Negrito has added fluidity and wiggle and for the first time has stepped beyond his base musical inspirations (Prince, Sly, James Brown, George Clinton) into a more emotive and energized vehicle for messages like “eat less sugar, have more sex, have less stress,” and “It’s never too late to achieve your dreams.” With Have You Lost Your Mind Yet, Fantastic Negrito has certainly taken a large step towards realizing his.

With a title that nods not only towards Prince’s “Let’s Go Crazy” but also the gist behind Funkadelic’s Free Your Mind… and Your Ass Will Follow, this collection shows yet again that Fantastic Negrito isn’t shy about simultaneously lifting from and paying respectful tribute to his influences. The first obvious hit single of his career, the clap-along opener “Chocolate Samurai,” establishes the layered voices that make this entire record sound like a group project when in fact he is the entire choir. Self-produced and recorded in Hi-Res at his Blackball Universe arts collective, the well-balanced sound mostly resists the impulse towards the excessively loud. In the otherwise expansive “I’m So Happy I Could Cry,” he starts out sounding terse like bluesman Son House before breaking into fervent, reverby exclamations, and a brief, compacted rap. The tune ends with chords from the album’s constant thread and musical backbone: Lionel Holoman Jr.’s Hammond B-3 organ, which adds body to every arrangement, undulating in the background or driving forward. Several guests appear including West Coast superstar guitarist Masa Kohama, Tarriona “Tank” Ball (from New Orleans’ Tank and the Bangas), and Northern Californian rapper E-40 in a reimagining cover of his “Captain Save a Hoe” here called “Searching for Captain Save a Hoe.” The album closes with the super playful, wonderfully titled “Platypus Dipster” that ends abruptly with, “Daddy, if I feel nervous, should I take Xanax?—No!” Fully earning his nom de musique, this is the sound of a huge talent ascending. – Robert Baird