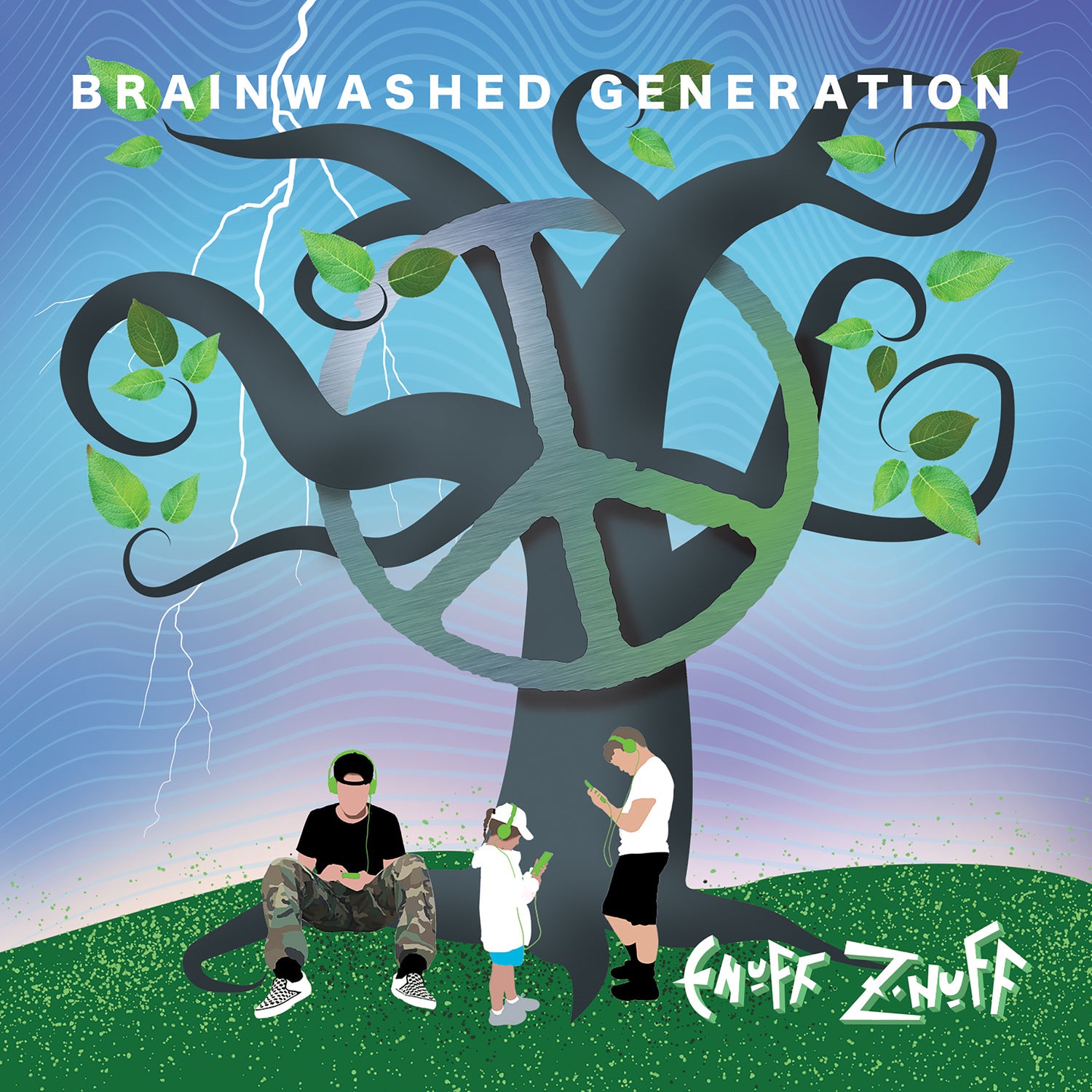 Featuring founding member Chip Z’nuff along with Alex Kane (guitars), Tory Stoffregen (guitars), and Daniel Benjamin Hill (drums) – Enuff Z’nuff’s new studio release, “Brainwashed Generation” showcases a diverse collection of songs that demonstrate the progression of musical styles in the Enuff Z’nuff catalog, all while retaining the undercurrent that has kept them a loyal fanbase since the ‘80s.

Originally formed in 1984 in Chicago, IL, the band received their big break in 1989 when they signed to Atco/Atlantic Records. Founding members, Chip Z’Nuff and Donnie Vie were joined by guitarist Derek Frigo and drummer Vikki Foxx and they commenced work on their major label debut. The self-titled album was a monster hit and spawned two evergreen singles, “New Thing” and “Fly High Michelle”. Both received constant airplay on radio and heavy rotation on MTV, spending over 60 weeks in the Top 10. 1991 saw the band release their sophomore album, “Strength”. The album had more of a hard rock overtone and sustained the success achieved on the first album. The band made high profile television and radio appearances on the likes of David Letterman and Howard Stern and were featured in Rolling Stone’s Hot Issue as ‘The Next Big Thing’. The band soldiered on during the new musical climates of the ‘90s and went on to release another over a dozen more studio records.