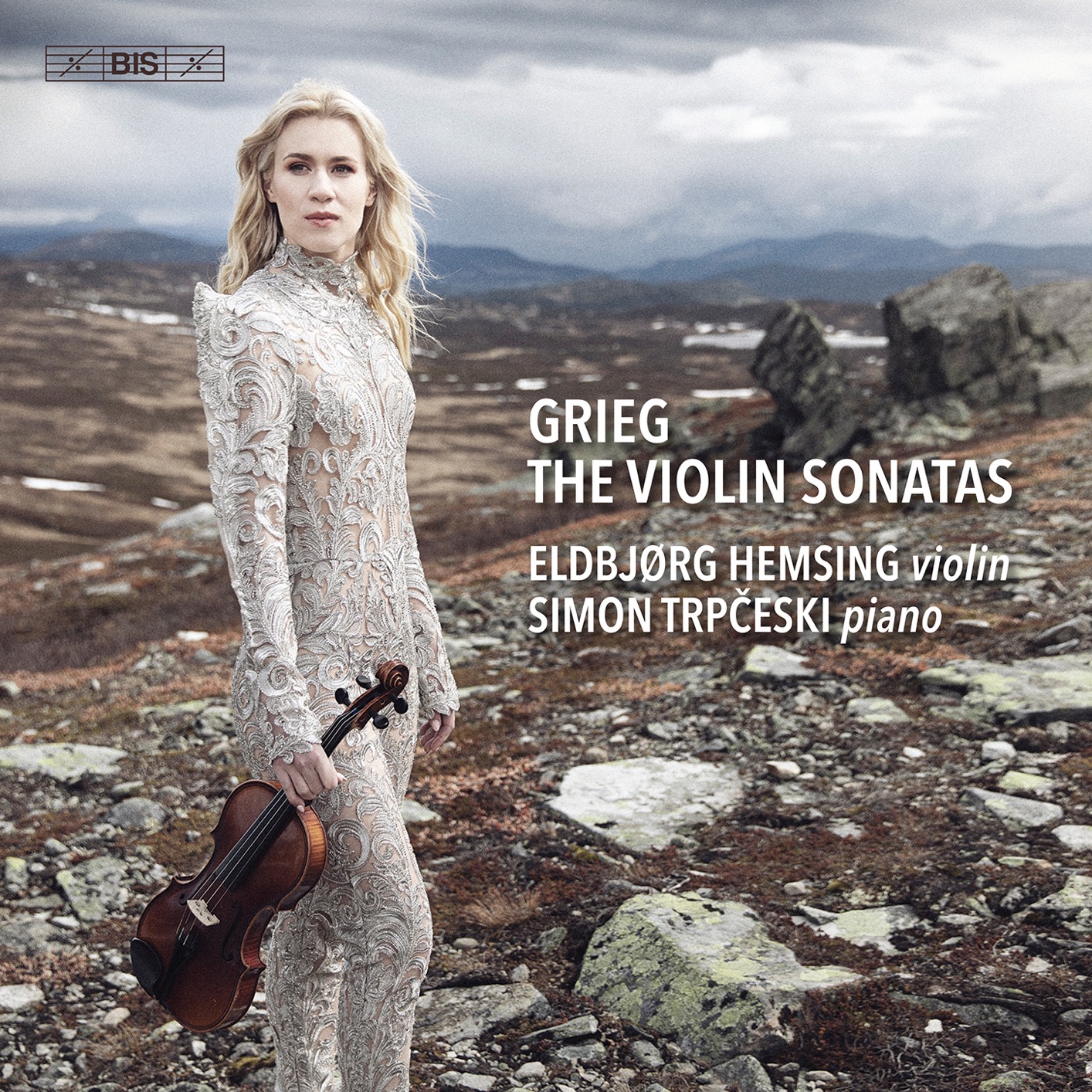 Following acclaimed recordings of concertos by Dvořák and Shostakovich, by Tan Dun and Josef Suk, the Norwegian violinist Eldbjørg Hemsing returns to her roots in this Grieg recital, joined by Simon Trpčeski at the piano. Each of Edvard Grieg’s violin sonatas marks a decisive phase in the composer’s artistic development. He completed the F major Sonata at the age of 22, while still trying to break free from the heady influences he had received during his training at the Leipzig conservatory. The work still bears the stamp of German romanticism, but it also includes references to Norwegian folk dances and Hardanger fiddle techniques, features that were perceived as ‘a breath of fresh air’ when the work was premièred.

Two years later, in 1867, Grieg had become deeply involved in the project of constructing a national culture, as part of the movement for an independent Norway. In his Sonata No. 2, he exploited national characteristics far more consistently than before and especially his Norwegian audience reacted with great enthusiasm. Grieg’s final ‘crime for the violin’, as he described it, was the Violin Sonata in C minor, composed 20 years after Sonata No. 2 and the last piece of chamber music that he completed. He was now an internationally respected composer, pianist and conductor and the sonata reflects this new stage in his life, which Grieg himself described as having a ‘wider horizon’. Closing this disc, Eldbjørg Hemsing plays her own composition Homecoming. It is a set of variations on a tune from the valley where she grew up, as well as a friendly nod to Grieg, who used the same tune almost 150 years ago in his large-scale Ballade Op. 24.