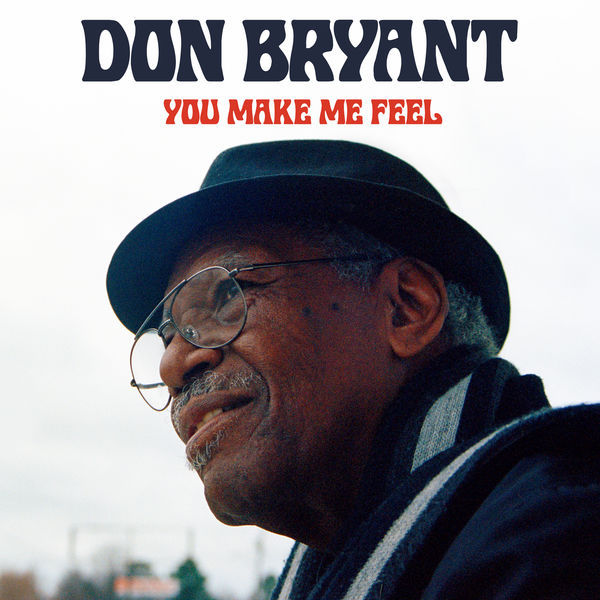 Fifty years ago, Don Bryant traded soul singing for finding his soul mate. A successful church singer and solo act in the mid-60s, Bryant’s switch to a songwriting partnership with singer Ann Peeples at Hi Records produced not only hits like “I Can’t Stand the Rain,” but also a love match with Peeples that endures to this day. In 2017 bassist/producer Scott Bomar, leader of the Memphis neo-soul revivalist group, The Bo-Keys which includes former members of the Hi Records studio band, convinced Bryant to sing again. The result Don’t Give Up on Love, both mined Bryant’s classic Memphis soul history and relaunched his career. The pair are back with another equally old school soul session, You Make Me Feel, which again showcases not only Bryant’s songwriting—both old and new—but also his remarkably well-preserved voice which sounds infinitely younger than his 78 years. Content to revive the classic Memphis soul sound without any hip hop or electronic updates, Bryant pays tribute to his wife (who retired from performing after a stroke in 2012) with a rip-roaring rendition of “99 Pounds,” a song he wrote for her in 1972, charging into its signature line, “99 pounds of natural born goodness yo” with persuasive grit. Opener “Your Love is to Blame,” where love gives “truth instead of lies,” is a timeless horn-driven Memphis grinder. A new song, “Your Love is Too Late” with its Latin beat, tasteful horn charts and low, sinuous guitar part could have been recorded at Hi in the mid-70s. Most amazing on You Make Me Feel is when Bryant sings ballads, flawlessly hitting and holding high notes in “Don’t Turn Your Back on Me,” and “I’ll Go Crazy,” a cover from the canon of crosstown Memphis rival Stax Records. After years of listening to other singers telling stories— many of them from his songs—Don Bryant, with help from a devoted multi-generational, multi-racial backing band, has again joyfully found his voice. – Robert Baird