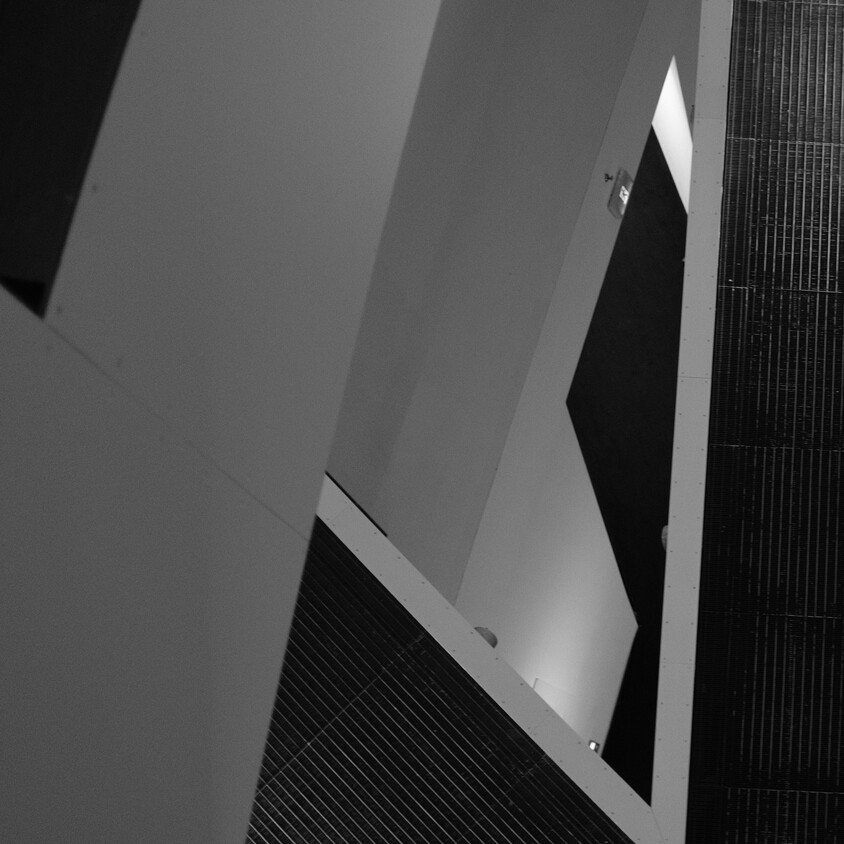 Sometimes I feel that things aren’t really moving, haven’t really changed, that certain aspects of my life seem to have either folded into a loop or become static in some way. I was in bed recently, not alone, with a girl I had found myself in the same situation with almost exactly 3 years before. In a moment of realisation I felt myself spinning through those 36 months, of all the things that had happened, of all the changes of self and circumstance that had elapsed and wondered, am I really back at the beginning?

The answer was neither yes or no: life moves in cycles and while the moments of seeming repetition have a familiarity on a granular level, the broad strokes and context are different, altering the shape of the circumstance. I was merely back at a moment.

As the listener moves through Progressions, there is a temptation when hearing the final piece “Part 1 – Reprise” to imagine that the 40 minutes of music sandwiched between it and its seminal opener have been for nought. Reliving the idiosyncrasies of the start appears to close a loop, and one might imagine the record simply starting again, but we can hear and feel the difference, see the truth before our eyes.

With “Part 1”, spectral frequencies of cassette fuzz hang behind curtains of glowing and blooming drones, energies that peak before dissolving in soft aqueous evocations and smeared convalescences of light. Its reprise fills its spaces sooner and more dramatically, cinematic expanses of guitar bending into form; it all feels so familiar, but rather than sizzling away it clings on to its textures, eking them out with theatrical display. I am better, it says, I am brighter.

The evolution of self is apparent throughout, where low-points are never permitted for long and melancholia is gently transmuted into growth. “Part Three” exists in untethered space, adrift and lost in an aerial haze of absence and disconnection. Drones stretch out ahead and around, dipping away into lonely piano strokes. These become a platform, nucleation points that gather motion around them and set the basis for the interior tracks. “Part 4” provides a distal continuation of its predecessor, the piano chords smushed and emanating not from a point-source but out of the fabric itself like a glow. This aura twinkles and oscillates, gently propelling us forwards, or at least, somewhere away from here.

“Part Five” pushes it to its height, groundswells of action buoying us back to reality. Careful but sparkling flashes of glassy piano evolve from their maudlin beginnings and now represent the cornerstone of change and brightness in our continuum. Gentle reminders of the troughs that have become the impetus for new happiness and progress. These become normalised on “Part Six” to the point of total integration and unassuming constancy, the road to the subtle stability and graceful, fluidic normality of Parts 7 & 8.

There’s that trite old saying: “It’s not about the destination, it’s about the journey”. The where of you in most cases is far less important than the how of your arrival, and whilst often it might seem that we’re revolving around moments of familiarity and looping around a lazy river of life, the truth lies in the reprise. Here is an older, bolder, wiser, stronger self that sees through the loop and acknowledges their progress, and strives to capitalise on the growth we have worked so hard to obtain.