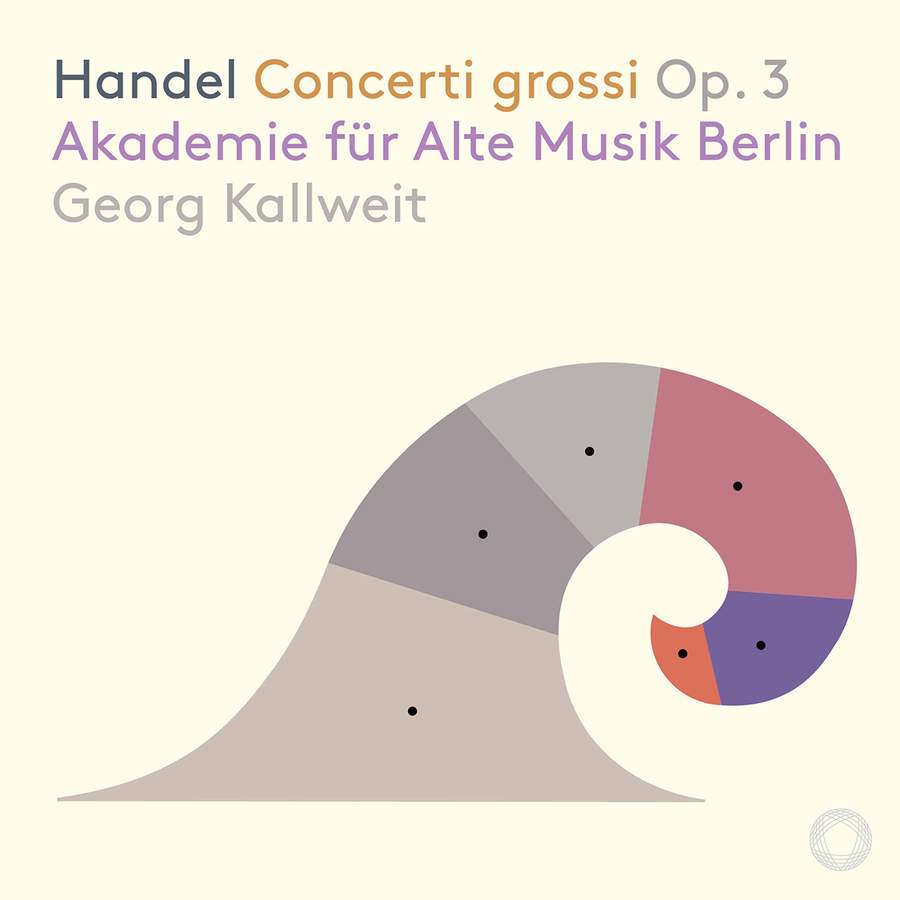 Even if this selection of ‘Concertos’ was most likely compiled by Handel’s publisher rather than by the composer himself, the overall quality and colourful nature of the music contained do make it a powerful ‘opus’. With their historically-informed and lively playing, the Akademie für Alte Musik Berlin and concertmaster Georg Kallweit demonstrate why many consider them the best Baroque ensemble of today.

The Akademie für Alte Musik Berlin’s Handel-shaped debut series for Pentatone is very much keeping up the high standards with this third installment, featuring the Opus 3 collection of concerti grossi.

Published by John Walsh in 1734, but more likely to have been written during the 1710s when Handel was newly arrived in London and hopping between its opera house and the homes of wealthy patrons, this collection looks on paper like quite the hodgepodge: a two-movement concerto here, five movements there, four somewhere else…. And the reason is that they were in fact assembled from operatic overtures – and indeed the concept of an orchestral concerto was still very much in its early days back then. For instance, No. 4 was first performed as a second overture in the opera Amadigi, on the orchestra’s benefit night on 20 June 1716. In fact only the final movement of No. 6 would appear to date from the 1730s, so for all these separate entities to have ended up in orchestral concerto form in the 1730s is likely to have been thanks to business savviness on the part of Walsh, tapping into Britain’s huge appetite for Corelli’s Concerti grossi (which Handel was influenced by), and also its burgeoning amateur music scene.

Unlike Corelli’s famous Op. 6 Concerti grossi though, Handel’s opera-born Opus 3 collection really shines the spotlight on the woodwind, and you hear that right from the off with No. 1 in B-flat. Most gorgeously so in the central Largo, which opens with duetting recorders supported by bassoon, and which as a whole is delivered with immensely elegant sobriety and a lovely flow. Also to be enjoyed in this concerto is the smooth class and affective shaping with which concertmaster Georg Kallweit dispatches his solos in the joyful opening Allegro; the smoothness of the continuo cello’s jumping figures No. 2’s Largo; the delicacy of the harpsichord’s filigree flourish at the end of No. 2’s concluding Vivace; the fabulous neatness and bounce at every turn from the bassoons.

Indeed, as with the previous two volumes, nimble neatness, class and polish are the buzzwords across these performances. Plus, in engineering terms, the same satisfying warmth, balance and blend, and pleasing awareness of the Nikodemuskirche acoustic.
In short, another success notched up. – Charlotte Gardner